How can honest people possibly be bored by impeachment hearings? 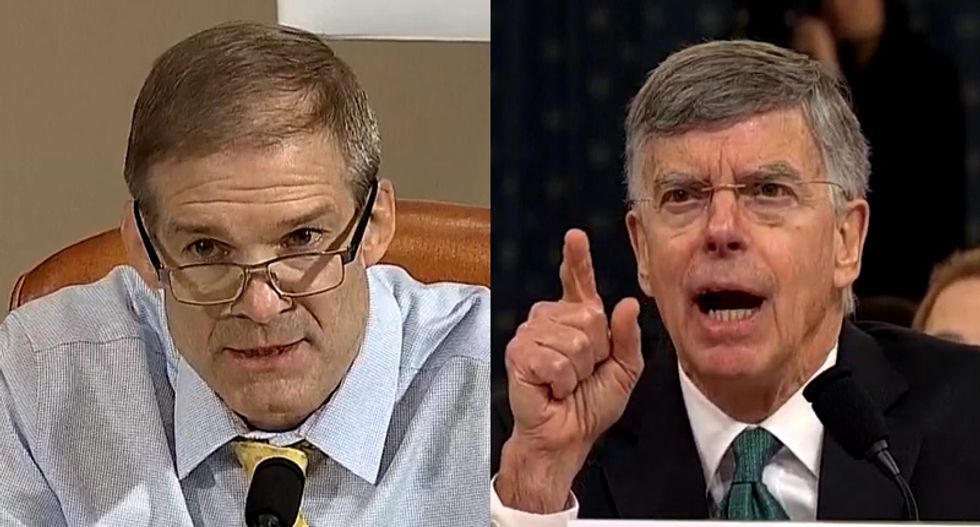 Some of you know I used to teach a course at Yale on the history of presidential campaign reporting. My students read classics like The Making of the President (the 1960 election), Fear and Loathing on the Campaign Trail (1972), What It Takes (1988), and McCain’s Promise (2000, based on David Foster Wallace’s long essay “Up, Simba”).

For background, I read other books, like Game Change (2008), Double Down (2012) and even 08 (a graphic novel rendering of Michael Crowley’s trail diary). When reading the books as a canon, one thing I noticed—actually, I could hardly avoid noticing—is that campaign coverage increasingly became writing about campaign coverage itself.

Specifically, coverage increasingly centered on TV moments. Significantly, TV moments began shaping the authors’ understanding of American political history. Why did Kennedy win? Because Nixon looked so white on TV compared to the tanned and relaxed New England patrician that his mother called to ask if he were ill. Why did Bush lose in 1992? He checked his wristwatch during a live debate, showing that he was out-of-touch. Why did Howard Dean flamed out in 2004. He growled in public.

Presidential campaigns are infinitely layered and interwoven. When you think about it, there’s almost certainly no single explanation for why a candidate wins or loses. Elections are the accretion of a billion data points ending in a neck-snapping lurch. History’s complexity runs into journalism’s need for simplicity. Not much can be done about that. But journalism, since Teddy White, has gotten as lazy as it is profitable. Today’s pundits often have no historical imagination. TV moments are the truth.

They are not the truth. Even so, the press is a powerful force in a democracy. So powerful that when the press is wrong, everyone is wrong, and the results can be disastrous (e.g., media behavior in 2016). So it’s no small thing that after the start of a series of hearings into impeachable offenses by the president that some analysts and even straight-news reporters behaved as if they were watching a play in three acts.

From CNN, before hearings began:

In fairness, these seem to be outliers. Most of the stories I have seen have privileged substance over style, though many headlines said these grave matters were also dramatic. Indeed, most reporters and political analysts focused on the revelation yesterday that the president talked to Gordon Sondland, the EU ambassador, about “the investigations” a day after Donald Trump asked Ukraine for a favor. Trump took the call in a Kiev restaurant where virtually all the world’s spies could hear him.

If I’m picking on these outliers, I’m justified. For one thing, 2016. For another, the hunger for “pizzazz” among people who should know better is partly what neutered the impact of Robert Mueller’s testimony. Just as more Americans remember Mitt Romney’s “gaffes” more than anything else about his 2012 campaign, more people will probably remember Mueller looking feeble, as if the health of a Republican Marine Corps Vietnam War combat veteran who led the FBI after 9/11 had anything to do with his implied but clear conclusion that Donald Trump is an illegitimate president.

I’m justified also because this is not journalism. Journalists do not, or should not, have any business assessing aesthetics. That’s what critics do in visual arts, movies, TV, books, theater and music. Critics have authority to speculate how the arts affect an audience. Journalists don’t. Their authority is in the truth, not in beauty. When truth-tellers dabble in art, they make themselves vulnerable to manipulation. And indeed, the headlines I’m picking on are exactly what the Republicans have been seeking.

Google “impeachment hearing” and “boring” to see what I mean. (Click here). The Republicans, as I said yesterday, cannot and will not address honestly and on its own terms the damning evidence of the president’s bribe-seeking. So they are doing whatever they can to confuse, conflate, redirect, deflect and slander. The strategy includes getting the public to believe there’s nothing new to see here; there’s nothing more serious than ordinary “partisan conflict.” Jeff Mason’s headline for Reuters is pretty much a classic example of amoral equivalence: “consequential, but boring.”

How can honest people possibly experience boredom at a time like this? According to Bill Taylor’s testimony, Sondland called the president to say that Ukraine was ready to deliver on “the investigations” that Trump demanded the day before (July 25). The call is more evidence that Trump extorted Volodymyr Zelensky into being an accomplice in an illegal propaganda campaign that would not only smear his enemies (Joe Biden) but exonerate his friends (Russia’s Vladimir Putin.) The stakes here could not be higher.

This can’t be boring for another reason.

Former FBI Director James Comey captivated the world before the last election when he said Hillary Clinton, as secretary of state, didn’t do anything illegal using a private email server for classified information but she was, he said, “extremely careless.” Being careless with national security material was in part what sank her campaign. If she can’t be trusted to do that, how can she be trusted to be the president? And yet here have the current president of the United States taking a call in a public restaurant on an unsecured phone getting an update the day after he shook down Zelensky. Comey doesn’t matter, but I’m sure he’d used words stronger than “extremely careless.”