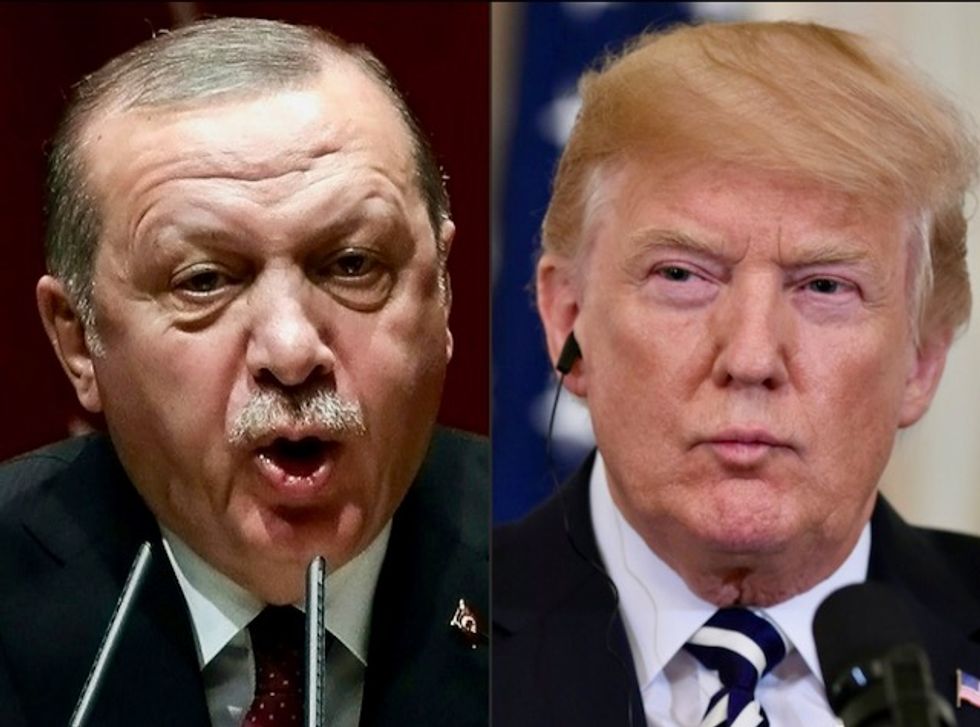 On Thursday, Axios reported that during a reception at the Oval Office, Turkish President Recep Tayyip Erdoğan — who has come under international scrutiny for his brutal treatment of Kurdish freedom fighters — whipped out his iPad and made President Donald Trump and several GOP senators watch a video describing Kurds as terrorists.

Commenters on social media were quick to excoriate the president for allowing a notorious strongman to bring propaganda into the White House and make U.S. officials watch it on his personal tablet:

@axios @jonathanvswan What? Gee, I thought Trump said Erdogan gets along very well with the Kurds!
— Jeanine Barone (@Jeanine Barone)1573735306.0

@axios @jonathanvswan "The senators in the meeting took turns pushing back on Erdoğan, while Trump sat back and wat… https://t.co/yYfUFW7pGI
— Stewie (@Stewie)1573738192.0