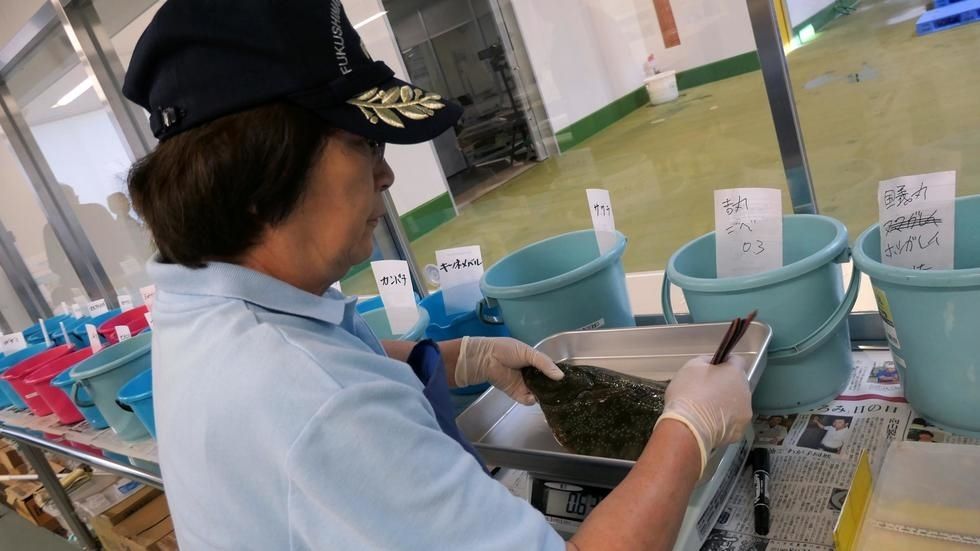 For years, Japan's government has sought to convince consumers that food from Fukushima is safe despite the nuclear disaster. But will it serve the region's produce at the Tokyo Olympics?

It's a thorny subject for the authorities. They pitched the Games in part as a chance to showcase the recovery of areas affected by the 2011 tsunami and nuclear disaster.

Government officials tout strict checks on food from the region as evidence that the produce is completely safe, but it remains unclear whether athletes and sports teams from around the world will be convinced.

In the Fukushima region, producers are keen to see their products served at the Olympic village and have submitted a bid to the organisers.

"The Fukushima region has put forward food from 187 producers and is second only to Hokkaido when it comes to meeting the specified criteria in terms of range of products," said Shigeyuki Honma, assistant director general of the local government's agriculture and forestry planning division.

"Fukushima wants to serve athletes its rice, its fruits, beef and vegetables. But the committee still has to decide."

In the years since the nuclear disaster, when tsunami waves overwhelmed the Fukushima Daiichi nuclear plant, strict measures have been in place to screen all manner of local products.

And officials say the figures speak for themselves.

Japan allows a maximum of 100 becquerels of caesium radioactivity per kilogramme (Bq/kg). The European Union, by comparison, sets that level at 1,250 Bq/kg and the US at 1,200.

From April 2018 to March this year, 9.21 million bags of rice were examined, with not a single one exceeding the Japanese limit.

"Only river fish and wild mushrooms have on just six occasions been found to exceed the limits," said Kenji Kusano, director of the Fukushima Agricultural Technology Centre, in Koriyama, the government's main screening site.

But the figures have only gone some way to reassuring foreign officials: numerous countries including China, South Korea, and the United States maintain restrictions on the import of some or all produce from Fukushima.

South Korea, which is currently locked in a dispute with Japan over wartime issues, has been vocal about its concerns ahead of the Olympics, even raising the possibility of bringing in its own kitchen and food.

"We have requested the Olympic organisers to provide objective data verified by an independent third body," the South Korean Sports and Olympic Committee said in a statement earlier this year.

"Since Japan repeatedly said its food from Fukushima is safe, we have demanded they provide statistics and data to back up their claims," an official with the committee told AFP.

The position underlines a long-running problem for Japan: while it points to its extensive, government-mandated checks as proof of safety, many abroad feel the government is not an objective arbiter.

"Generally, Japanese citizens have faith in the government, and we haven't felt the need to have checks carried out by independent parties," said Kusano.

But lingering questions have left some officials feeling "perhaps (third-party checks) may be important from the point of view of foreigners," he added.

The International Olympic Committee said it was still weighing how to handle the matter.

"Food menus and catering companies for the Olympic Village are under discussion and have yet to be defined," a spokesman told AFP.

"Supporting the area's reconstruction efforts through the sourcing of its food and beverage products is one of our basic strategies; we are therefore seriously considering doing this," 2020 spokesman Masa Takaya told AFP.

He said rules on what food and drink could be brought in independently by teams were still being reviewed.

And, pointing to the strict standards of Japanese checks, he said the organisers "are confident the food we will serve to athletes will be completely safe."

In Fukushima, producers can only wait and hope for the best.

Tomio Kusano, a pear farmer in Iwaki on the Fukushima coast, struggled enormously after the disaster.

"My world really collapsed, but I never thought for a second of quitting," he said.

And his perseverance is finally paying off, he said.

"I don't get subsidies any more. My pears are inspected and there are no problems. They are selling well again in Japan, and Vietnam has started to import them."