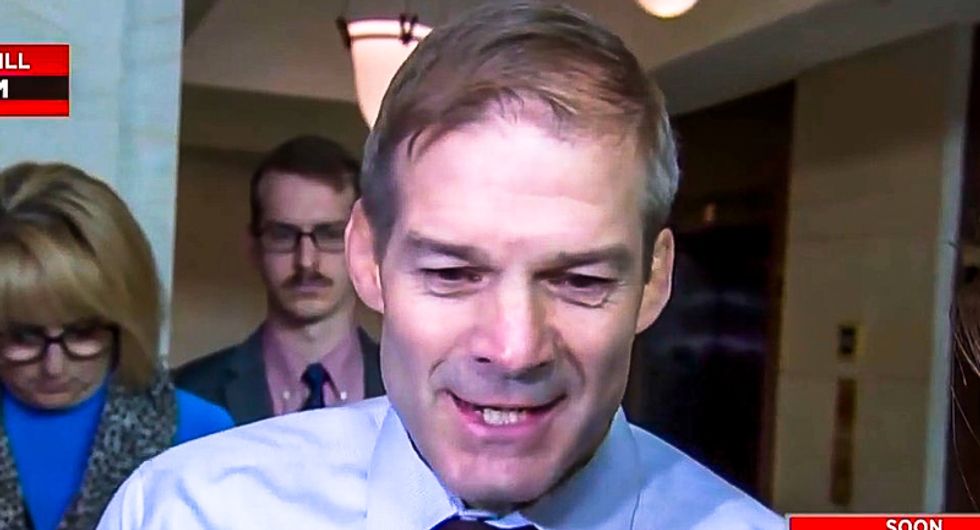 Rep. Jim Jordan (R-OH) is one of President Donald Trump's fiercest defenders -- and that's come as a shock to one of his former colleagues.

The Washington Post reports that former Rep. Joe Walsh, a one-time Tea Party darling from Illinois, is astonished that the formerly independent-minded Jordan has been reduced to one of the president's favorite toadies, even to the point where he's been embraced by the GOP leadership figures he used to torment.

"There’s no way the Jim Jordan I knew has anything in common with [House minority leader Kevin] McCarthy,” he said. “He would call him a sellout, unprincipled, RINO Republican who doesn’t give a damn about Republican ideals or cutting spending."

Walsh added that, "All I know is that if Barack Obama had a call like [Trump's call with Ukrainian President Volodymyr Zelensky] when I was in Congress, it would have been Jim Jordan and me, screaming from the rafters about it."

Michael Steel, who once served as a spokesman for former Republican Speaker John Boehner, expressed similar bewilderment at Jordan's transformation.

"What’s surprising to me is who he is fighting for," he said. "Based on his years of stated priorities from a conservative point of view, it doesn’t make much sense that he has become this president’s most zealous defender."