John Bolton trashes Trump in private speech -- and hints his Syria pullout was based on financial interests: report 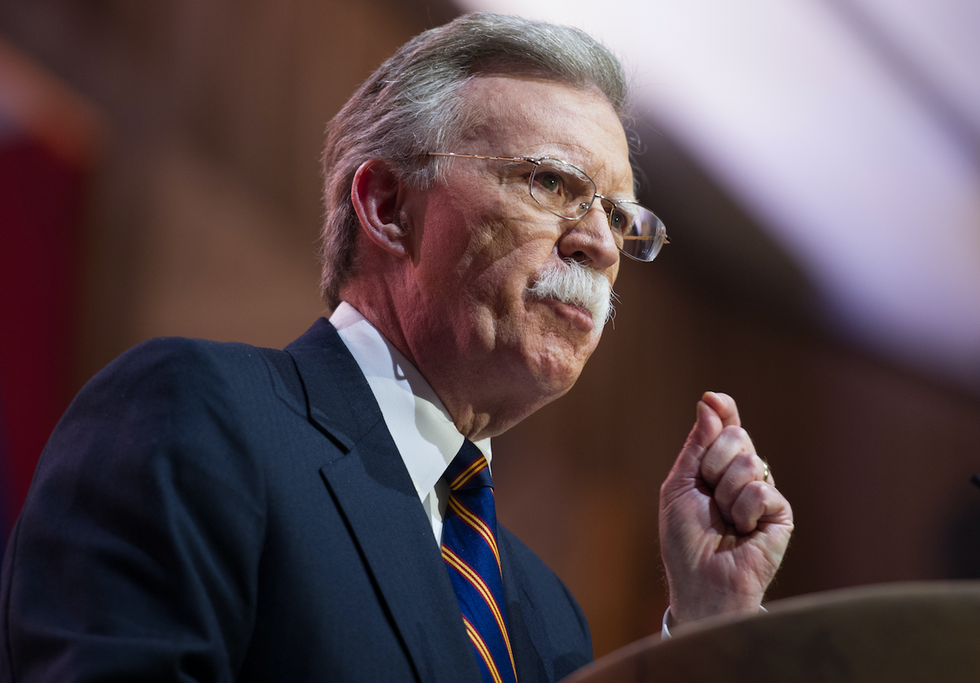 According to a new report from NBC News, former national security adviser John Bolton said during a private speech that President Trump's foreign policy regarding Turkey is influenced by personal interest.

Sources tell NBC News Bolton suggested that Trump's claims that his business experience allows him to conduct foreign policy more effectively is without merit -- saying that real estate and foreign policy are two different things. During his speech, Bolton reportedly criticized Trump for lacking understanding on how foreign policy works.

Read the full exclusive report over at NBC News.