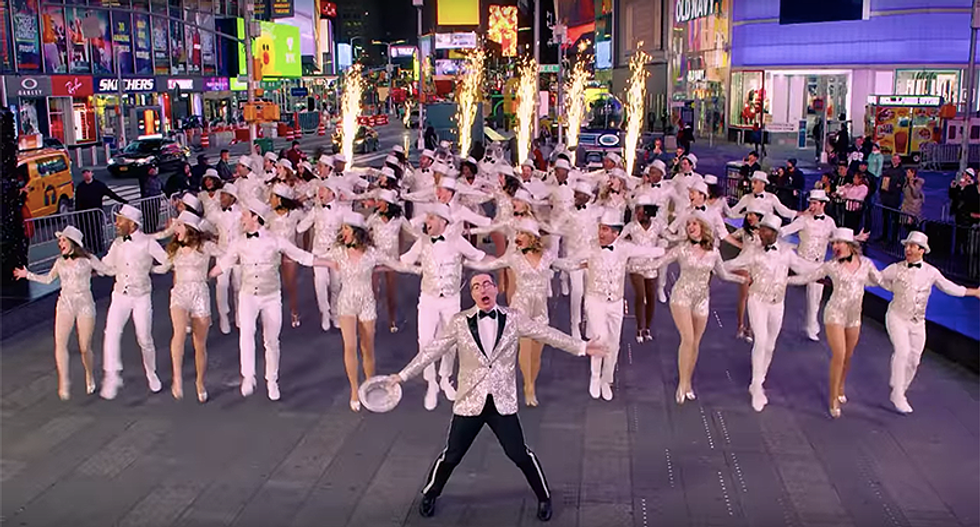 HBO host John Oliver has been involved in a lawsuit for the past two years with coal company CEO Robert E. Murray. Recently, Murray dropped the suit against HBO.

Because the lawsuit has been in litigation, Oliver couldn't make jokes about Murray or the lawsuit. Now that Murray has dropped the suit, however, Oliver has unleashed another attack on the coal executive by highlighting other lawsuits Murray has launched against those who try to mock him or attack him.

Oliver called it a "crazy story," that he gleefully outlined the over $200,000 HBO was forced to spend on the lawsuit he described as a SLAPP suit, which stands for strategic lawsuit against public participation.

After detailing the lawsuits Murray has tried to use to attack his opponents, Oliver explained that the legal rules said that he can say whatever he wants about Bob Murray as long as he does so in a way that it is absolutely obvious he's making a joke.

So, John Oliver employed a kickline of dancers and singers in Time Square to completely destroy Murray with information that no one could possibly misconstrue as factual in a musical number to end all musical numbers.

You can watch it below: