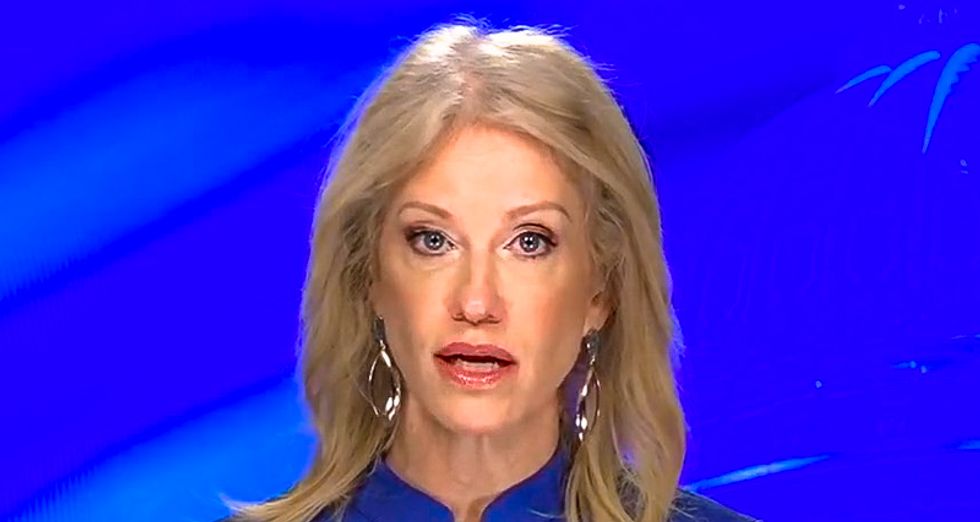 "How concerned is the president over these hearings?" asked Hemmer.

"The president is not concerned at all," said Conway. "The business of the people of this country is not being done ... the Capitol behind me is not a movie set, it is not a cardboard cutout. It’s where your representatives work for you, wasting your money and their time."

"Just to come back to this, I am told that Adam Schiff delivers the opening statement tomorrow," said Hemmer.

"I think he should be under oath," cut in Conway.

"Adam Schiff has no credibility," sneered Conway. "The last time he delivered an opening statement to the public, the entire world to see, it was a parody of the conversation between Ukrainian and American president that simply did not exist. He has zero credibility. I called for his resignation on your network in March, may be on your show. The president called for his resignation last week because he can’t be trusted to be honest and credible as he oversees these hearings and this is a serious point ... A contrast that with the most transparent president in history. He tells you every day what he thinks on any number of topics through social media. Near the helicopter, on live TV interviews."

"Adam Schiff is going to make people raise their right hand and be under oath when they speak, I would politely suggest what does he have to hide?" added Conway. "Why doesn’t he go under oath before he delivers another opening statement to the country?"