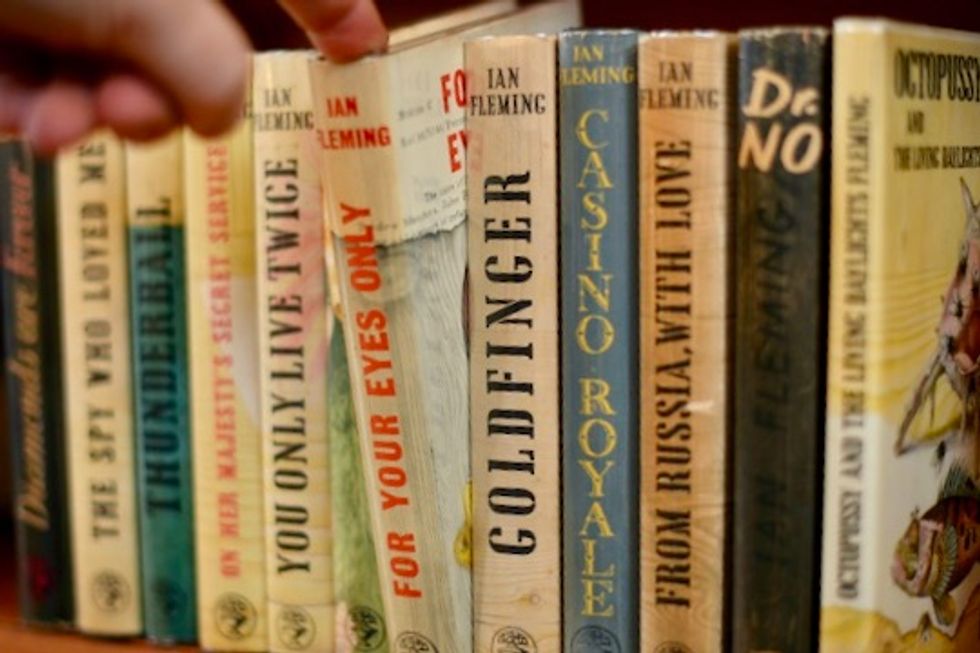 In his letters, Ian Fleming describes the extraordinary process of writing a Bond book a year AFP/File / BEN STANSALL

Sexually-charged letters between James Bond creator Ian Fleming and his wife Ann were put up for auction on Tuesday, part of a collection of correspondence that also charts the success of his 007 books.

They couple first met in 1934, when Ann was married to her first husband, but they did not tie the knot until 1952 -- the year Fleming wrote "Casino Royale", his first novel about the fictional super spy.

The letters reveal the intensity of their relationship, particularly before they married.

In one, Ann wrote to ask Fleming to "put me in your bed with a raw cowhide whip in my hand so as I can keep you well behaved for forty years".

- 'Outlet for libido and imagination' -

The letters begin when he was working in intelligence during World War II, cover his journalism and the creation of Bond, including time spent writing at his Goldeneye estate in Jamaica.

"James Bond was very much a product of Ian and Ann's relationship," Heaton said.

"It is no coincidence that Ian wrote his first Bond novel in the same year they married, both as an outlet for his libido and imagination, and also in an attempt to make money for a woman who was used to being unthinkingly rich."

The letters reveal the couple's heartache at the death of their daughter at just a few hours old, born while Ann was married to her second husband, newspaper magnate Viscount Rothermere.

"I have nothing to say to comfort you. After all this travail and pain it is bitter. I can only send you my arms and my love and all my prayers," Fleming wrote to her.

They later had a son, Caspar, an event Fleming celebrated by buying a golden typewriter.

Their correspondence describes a life of glamour and privilege but also, as the years progress, an increasing bitterness in their life together.

"You mention 'bad old bachelor days' -- the only person you stopped sleeping with when they ceased was me!" Ann complained in one letter.

Fleming also describes the extraordinary process of writing a Bond book a year.

"I have written a third of it in one week -- a chapter a day. I expect I shall get stuck soon but to date it does well & interests me," he wrote of what would become "From Russia, with Love".

"The first half is about Russia & that has always interested me. They have decided to murder Bond. A beautiful spy called Titania Romanova is about to appear. Coo er!"