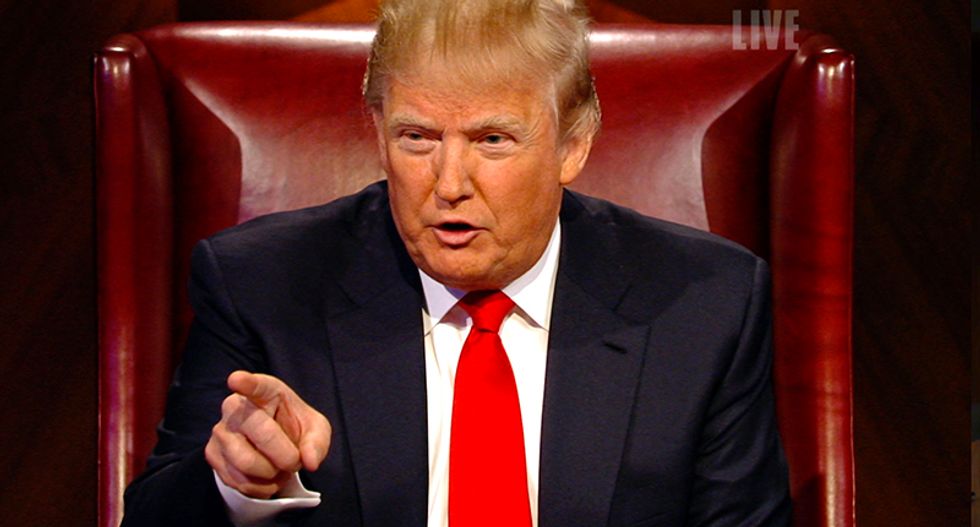 Rep. Devin Nunes (R-CA) and President Donald Trump have tried to promote the idea that somehow Americans aren't watching the impeachment hearings and that their ratings are terrible.

Axios reported Friday evening that the Thursday hearings garnered 11.3 million viewers during the day-time. For context, that's an astounding number. The top ratings getter during the day is syndicated Dr. Phil episodes, who leads the way with 3.45 million viewers per episode so far this season and "Ellen" had 2.668 million.

Numbers like that are "prime time" level huge. The hearings dwarfed even Thursday night football, which got 9.41 million viewers and Young Sheldon at 8.33 million viewers, according to the numbers.

The president knows a lot about ratings, after the early years of his show "The Apprentice," was highly successful. As cable television expanded, streaming services started and more people changed their viewing habits using DVRs, Trump's ratings dropped from an astounding 20.7 million viewers. By his final season, however, Trump had dropped to 7.6 million viewers. He had four seasons where his ratings were over 10 million viewers, but that ended after those first four years. In fact, the impeachment hearings out-performed the final ten years of "The Apprentice" in the ratings.

If Trump is basing his win or loss on ratings, he's in trouble.