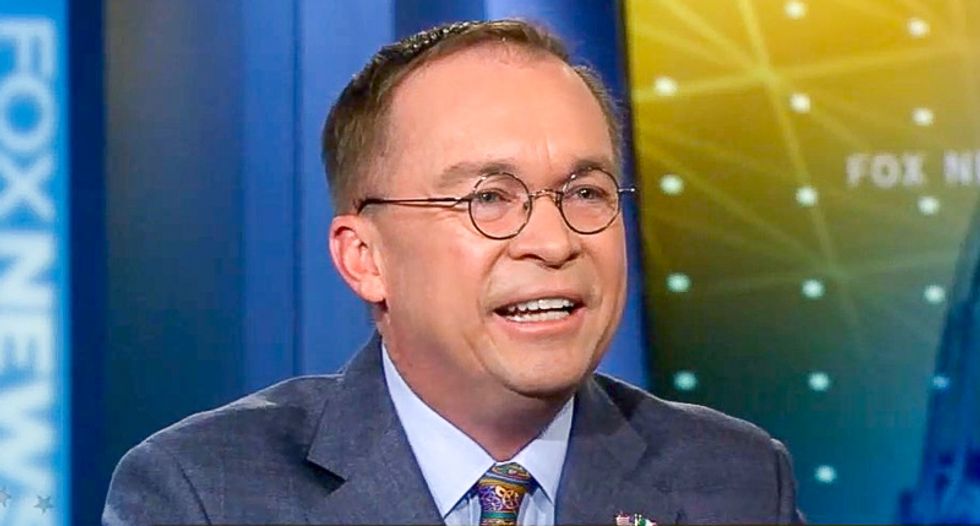 A politico legal analyst said that one reason Chief of Staff Mick Mulvaney joined the lawsuit asking whether Congress or the White House reigns supreme on subpoenas is a pre-emptive strike against litigation.

Former Director of National Intelligence John Bolton is also dodging his subpoena. However, it was his deputy, Charles Kupperman, who filed the initial suit to ask the courts which branch to listen to. Mulvaney joined the lawsuit last week, but Kupperman announced that he didn't want Mulvaney to participate because he isn't exactly trustworthy.

According to the Washington Post, some close to Bolton and Kupperman said that both men “were flabbergasted” that Mulvaney wanted to join the lawsuit “because they and others on the national security team considered Mulvaney a critical player in the effort to get the Ukrainian government to pursue investigations into Trump’s political opponents.”

"Now, it’s a crime that Mulvaney would never be prosecuted under this administration, but you can’t rule out the possibility that in 14 months we might have a new Justice Department, a new attorney general and maybe he could face some liability there," said Gerstein. "So, by going to court on the same day he was supposed to testify, putting in this intervention request, he probably has eliminated the possibility that he would be facing any criminal sanction. And you know, Katy, just within the last 20 minutes we’ve had both the house’s lawyers and Kupperman's lawyers weigh in. Both of them have said they don’t want Mick Mulvaney in this lawsuit. So that’s a pretty interesting development."

You can see the full discussion below: