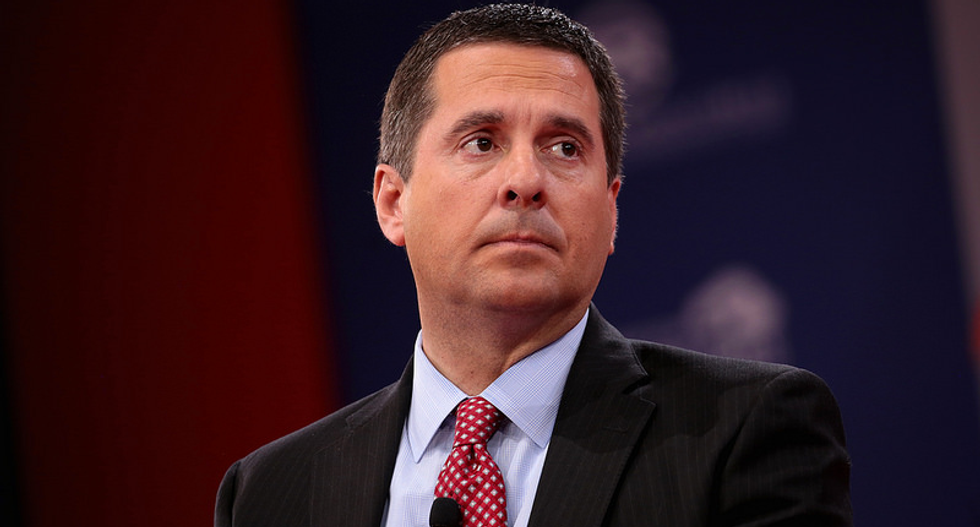 At Tuesday's hearing, Rep. Devin Nunes (R-CA), ranking member of the House Intelligence Community, flew into a rage over committee rules, complaining that the hearing with witnesses he himself had called was "getting into prime time."

"For everyone watching, this is another example of how out of control this process has become, where the Democrats just magically give themselves additional minutes, which they're right, in the special rule they wrote they can do, but you would at least think they would have the decency to tell us you have 15 minutes more," whined Nunes. "I would say you can go four hours, five hours. We'll give you all you want. You can keep digging. Deeper the hole you dig, the more viewers turn off."

"People aren't buying the drug deal you guys are trying to sell," continued Nunes. "I would add that since we are getting into prime time, these are two witnesses that were your witnesses that you called in to depose. We still asked for witnesses you did not depose, including the whistleblower who you and others claim not to know. Which we need to get to the bottom of that, the most important fact witness to how this mess began in the first place. Secondly, we have asked for the DNC operatives that were working with Ukrainians to dig up dirt for what you call or what the left called conspiracy theories, which they are right, they're conspiracy theories of dirt they dug up to spin their own conspiracy theories to attack the Trump campaign in the 2016 election election."