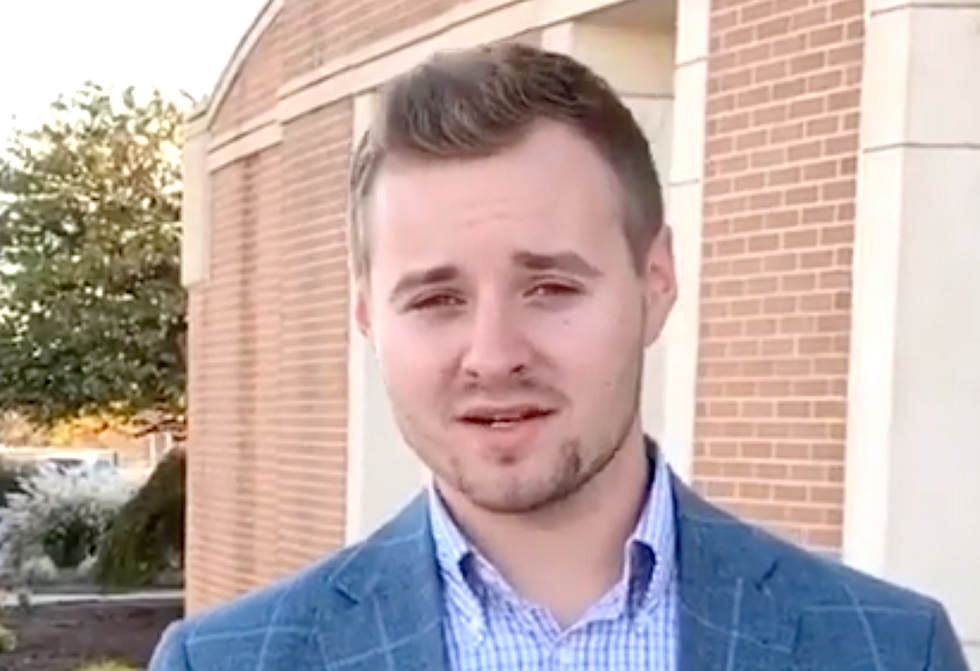 The younger brother of ex-reality TV star, Josh Duggar, has announced his candidacy for Arkansas State Representative District 89, according to Radar Online.

On November 3, Jed Duggar posted on Instagram that his candidacy will be based on his conservative Christian beliefs.

The Duggar family was featured on the reality TV show 19 Kids and Counting, which chronicled the lifestyle of parents Jim Bob and Michelle Duggar, their 19 children, and their fundamentalist Christian belief system. In 2015, the couple's eldest son, Josh Duggar, was discovered to have molested four of his sisters and a babysitter between 2002 and 2003. The revelations led to the show being canceled in 2015.

Josh was also outed for having an account on the infidelity hook-up site AshleyMadison.com. According to Gawker at the time, Duggar paid a total of $986.76 for two different monthly Ashley Madison subscriptions starting in February of 2013 and abruptly ended them in May of 2015.

Watch Jed Duggar's announcement, which was posted to his YouTube channel this Sunday: