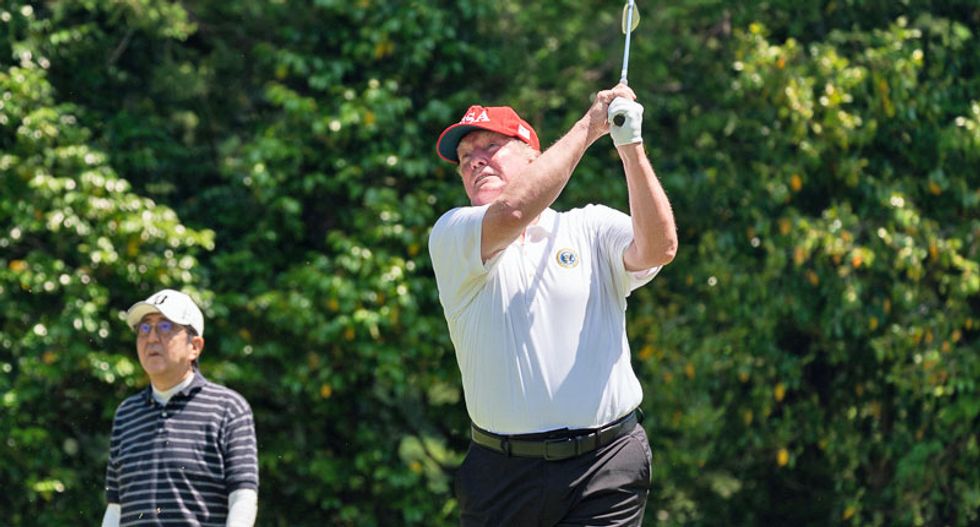 A new report from Task & Purpose claims that the military's explosive ordnance disposal (EOD) units are experiencing severe strain -- and part of the problem is the added burden that comes from guarding President Donald Trump's properties.

According to the report, EOD units "are struggling to train for combat operations amid both a personnel shortfall and a surge of domestic protection missions" that have left some technicians feeling "burned out."

While there are many factors involved in the increased workload, one of the most significant ones is the increase in assisting Very Important Person (VIP) missions that include protecting the president and his entourage when they travel to Trump properties.

"In fiscal year 2014, the enlisted tech's battalion conducted 25 VIP missions," the publication reports, citing numbers from an enlisted tech specialist. "By fiscal 2019, that number jumped to over 130 VIP missions, 11 of which were for Trump properties, with teams from the tech's battalion conducting six rotations at Trump Tower in New York City."

The report also reveals that EOD units have to cover not just Trump Tower, but also the president's Mar-a-Lago club in Florida and his Trump National Golf Club in Bedminster, New Jersey.