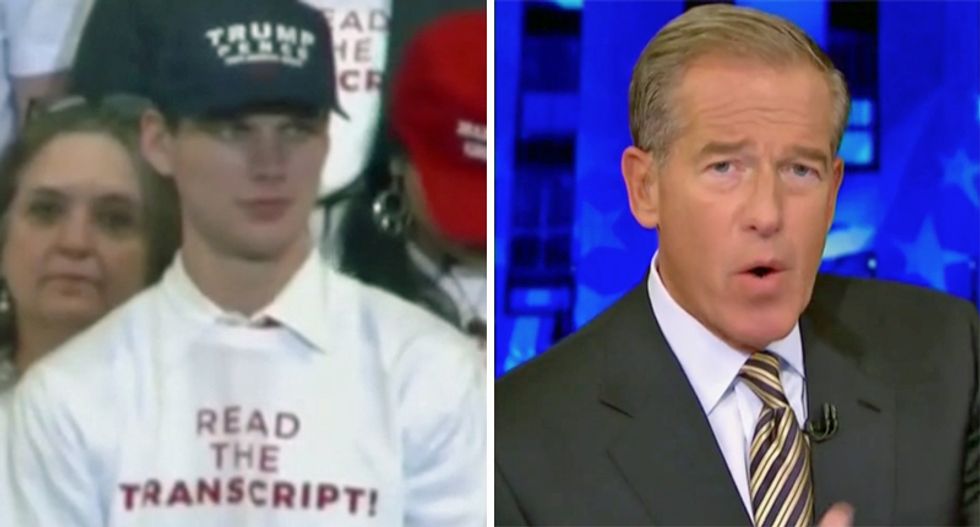 "Read the transcript," is the president's latest mantra.

"It was impossible to miss the T-shirts saying 'read the transcript' -- except that we can’t," he noted.

"As the president knows, it was never released, just this summary. What we know is not the exact wording that the president used when speaking on the telephone with the president of Ukraine," he explained.

"We would love to, and that much is fact," Williams added.

'The damage has been done': Fox Business host refuses to let Trump walk back threat to Constitution

Fox Business host Stuart Varney used his monologue on Tuesday to lash out at former President Donald Trump's desire to terminate parts of the U.S. Constitution over his 2020 presidential election loss.

Over the weekend, Trump had called for a "termination" of constitutional rules.