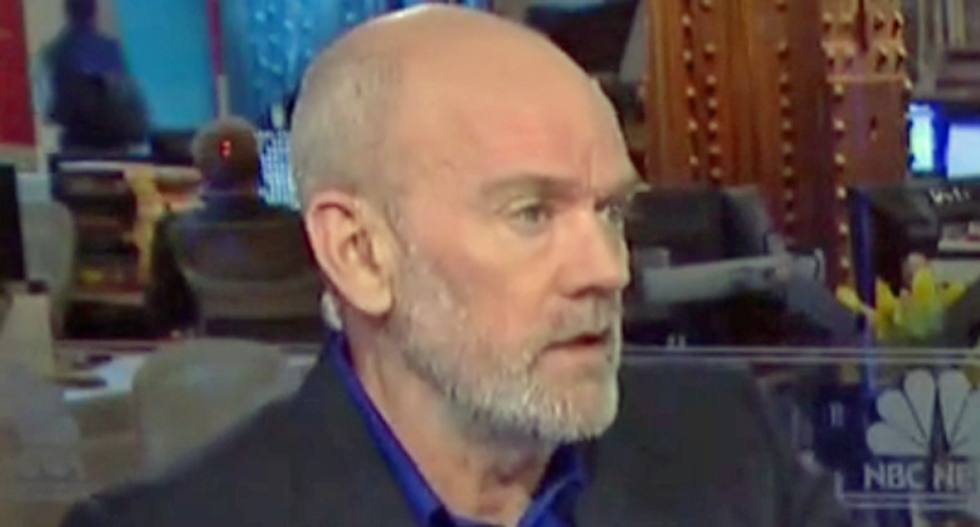 "Michael, what or who on your list needs to fall back?" Melber asked.

"I feel like I’m standing on top of a bunch of teetering boxes when I say media in general, specifically social media," Stipe replied.

"I feel like we’d be living in a very different universe today had Jack Dorsey at Twitter told Trump two-and-a-half years ago what you’re putting on our site is hate speech," Stipe explained. "I wonder where we’d be now."

"I think we need to focus on people who have allowed him to have this platform and bark out the kind of crap he barks out on a daily basis and you guys cover and we talk about and ramble on about — there’s no aggression there," Stipe added.