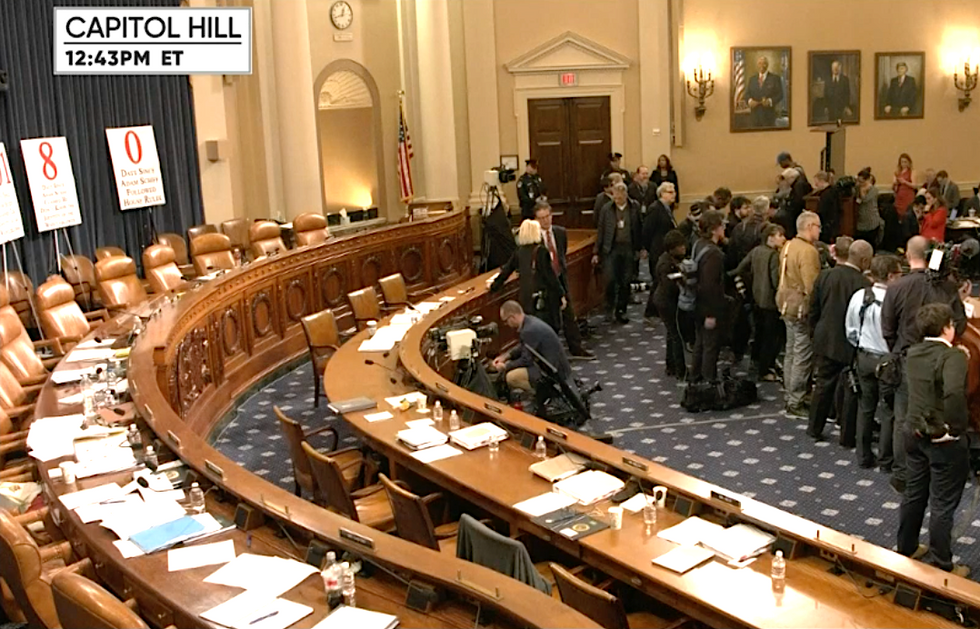 As the House committee members took an extended break during testimony in the impeachment hearing this Thursday, a conspiracy theory reportedly emerged amongst some House Republicans, who felt the break was strategically planned to allow the Democrats' narrative to "sink in" for observers.

"Some grumbling from Republican House members that the current '45-minute' (it's been more than an hour already) #impeachment hearing break was strategic, to let the Democrats' argument and questioning sink in," Reuters reporter Patricia Zengerle tweeted.

Some grumbling from Republican House members that the current "45-minute" (it's been more than an hour already)… https://t.co/SAAZxwz3JB
— Patricia Zengerle (@Patricia Zengerle)1574356247.0

According to some, Republicans were just expressing frustration at the effectiveness of the testimony.

According to testimony from former National Security Council senior director Fiona Hill and counselor for political affairs at the US embassy in Kyiv David Holmes, allies of President Trump clearly intended to investigate the Ukrainian gas company Burisma as a way to investigate the Bidens, bolstering the Democrats' contention that Trump's Ukraine policy was designed as a tactic to harm his political rivals.