Republicans have 'very little ground to stand on' to attack Taylor and Kent: Ex-FBI deputy director 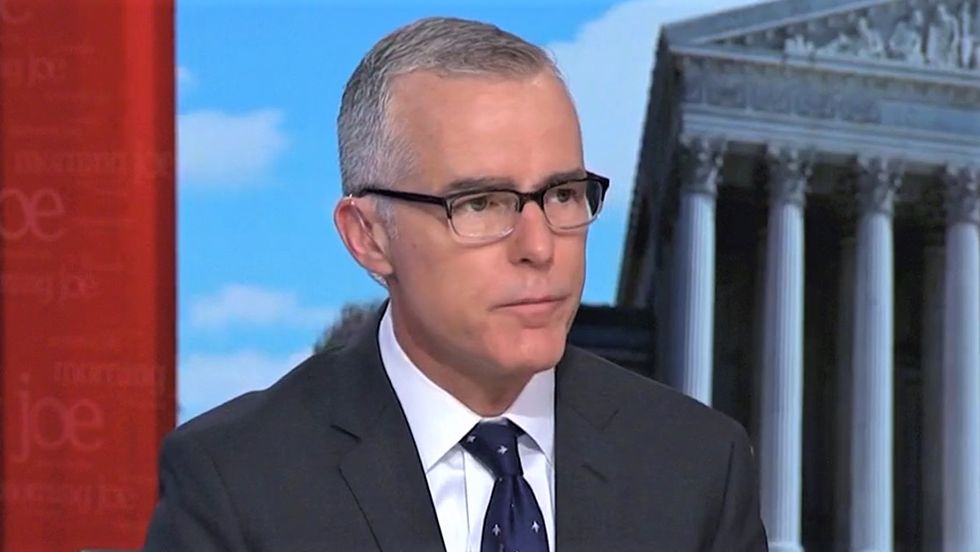 On Wednesday's edition of CNN's "Cuomo Prime Time," former FBI Deputy Director Andrew McCabe broke down why it was all but impossible for Republicans to attack the credibility of diplomats William Taylor and George Kent during their impeachment testimony before the House Intelligence Committee.

"They have very little ground to stand on to attack these gentlemen," said McCabe. "Particularly in the case of Taylor, he is backed up assiduously by a contemporaneous record. He's got his handwritten notes and he's got the texts messages that he sent the time. So when he tells you, I was shocked by what I heard on the phone call, you know that's true because at the time, he sent a contemporaneous text."