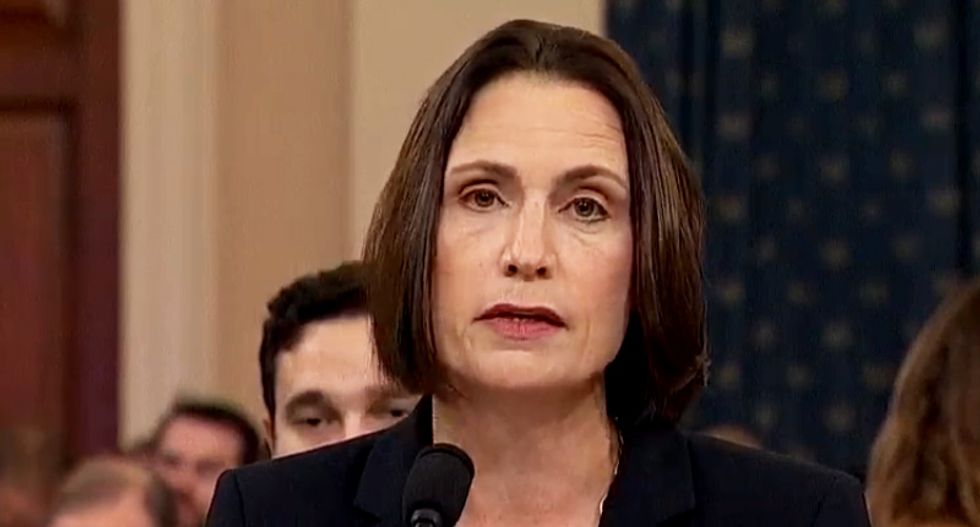 “Donald Trump ought to be impeached and removed from office,” Stephens declares. “This isn’t what I thought two months ago, when the impeachment inquiry began. I argued that the evidence fell short of the standards of a prosecutable criminal act. I also feared impeachment might ultimately help Trump politically, as it had helped Bill Clinton in 1998. That second worry might still prove true.”

Stephens goes on to describe several ways in which he believes the U.S. resembles Ukraine in the Trump era.

“If the congressional testimonies of Marie Yovanovitch, Bill Taylor, Gordon Sondland, Alexander Vindman and especially, Fiona Hill, make anything clear, it’s that the president’s highest crime isn’t what he tried to do to, or with, Ukraine,” Stephens asserts. “It’s that he’s attempting to turn the United States into Ukraine. The judgment Congress has to make is whether the American people should be willing, actively or passively, to go along with it.”

One way in which the Trump-era U.S. is resembling Ukraine, according to Stephens, is “the criminalization of political differences.” The Times columnist explains, “Years before Trump led his followers in ‘lock her up’ chants against Hillary Clinton, then-Ukrainian President Viktor Yanukovych did exactly that against his own political rival, Yulia Tymoshenko, who was sentenced to seven years in prison on a variety of byzantine charges after she had narrowly lost the 2010 election. She spent three years in prison before her release during the 2014 Maidan Revolution. Key to Yanukovych’s efforts to discredit Tymoshenko was — who else? — Paul Manafort.”

A second way, Stephens adds, is “the use of political office as a shield against criminal prosecution and as a vehicle for personal and familial enrichment.” Stephens observes, “Why have so many of Ukraine’s oligarchs — including Burisma Holdings founder Mykola Zlochevsky — also served as government ministers? Simple: Because, until recently, it shielded them from criminal prosecution thanks to parliamentary immunity.”

A third U.S./Ukraine similarity, according to Stephens, is “the netherworldization of political life, in which conspiracy theories abound, off-stage figures wield outsized influence, and channels of formal authority are disconnected from the real centers of power.” And a fourth, Stephens adds, is “covert Russian interference, usually facilitated by local actors.”

Stephens writes, “Ukraine offers the world’s most extreme example of this kind of interference — nearby Georgia is a close second — since large parts of the country have been seized outright by Russia and its proxies.” Fiona Hill, Stephens points out, testified on November 21 that the Russian government has gone to great lengths to interfere in U.S. politics.

In the past, Stephens argued that the best way to remove Trump from the White House was to vote him out of office in 2020 — not impeach him. But after the testimony presented in this month’s public impeachment hearings, the Times columnist believes Trump should be removed from 1600 Pennsylvania Avenue sooner rather than later.

“It’s to the immense credit of ordinary Ukrainians that, in fighting Russian aggression in the field and fighting for better governance in Kyiv, they have shown themselves worthy of the world’s support,” Stephens emphasizes. “And it’s to the enduring shame of the Republican Party that they have been willing to debase our political standards to the old Ukrainian level just when Ukrainians are trying to rise to our former level. The one way to stop this is to make every effort to remove Trump from office. It shouldn’t have to wait a year.”