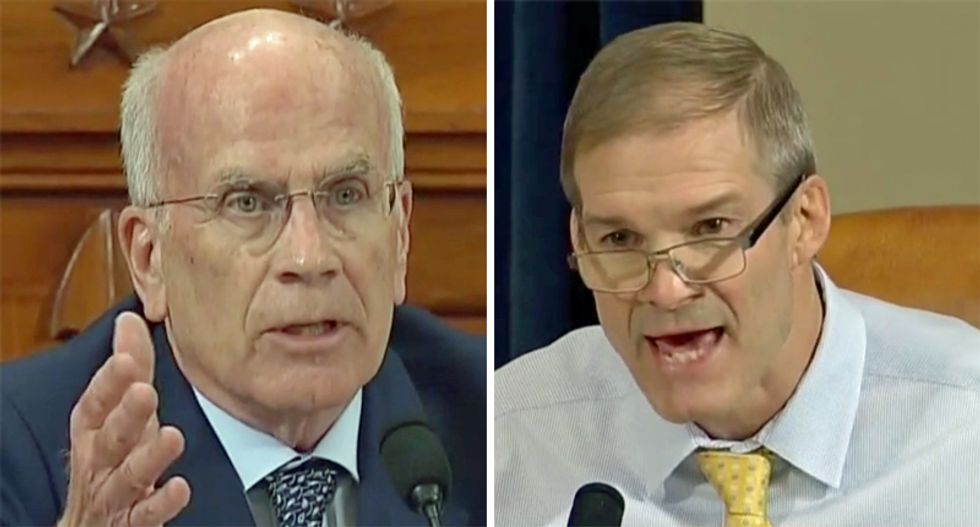 There was a moment of levity four-hours into the first televised hearing in the impeachment inquiry into President Donald Trump.

Rep. Jim Jordan (R-OH), the bombastic Freedom Caucus member who was added to the committee at the last moment by Republicans, had argued that the White House whistleblower started the scandal.

"I say to my colleague, I would be glad to have the person who started it all come in and testify," Welch said.

"President Trump is welcome to take a seat right there," Welch said, to laughter from the audience.