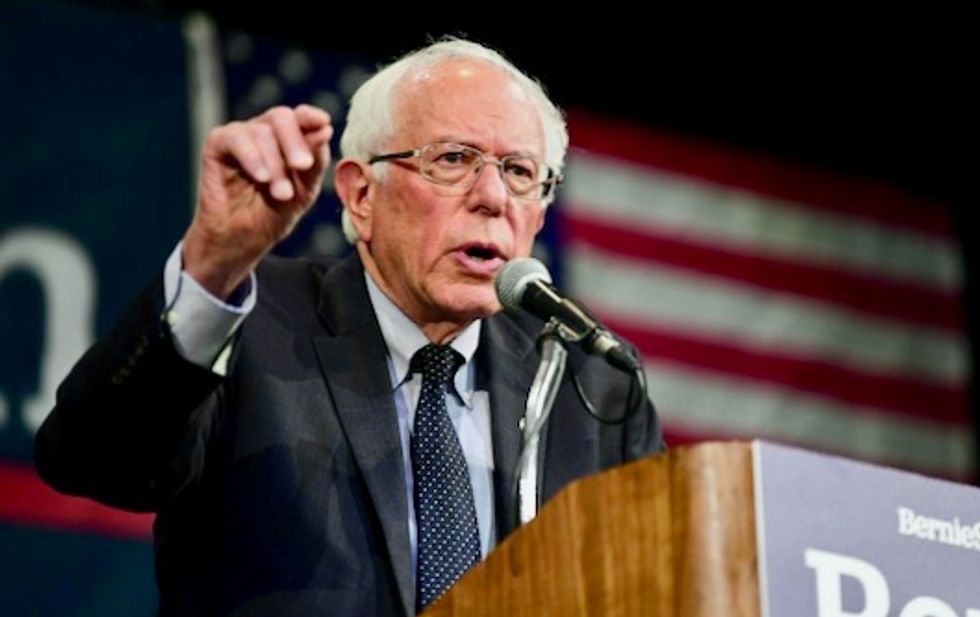 Sen. Bernie Sanders' 2020 presidential campaign announced Tuesday morning that it reached four million individual contributions faster than any presidential candidate in history, a milestone the campaign touted as evidence that the Vermont senator is surging with less than 80 days to go before the Iowa caucuses.

"This is what momentum looks like," Faiz Shakir, Sanders' campaign manager, said in a statement.

"Working class Americans across the country are chipping in $3, $18, $27, or whatever they can to help elect Bernie Sanders," Shakir added, "because they know he is the only candidate who will fight for them and take on corporate greed and corruption."

The Sanders campaign said it did not reach four million individual contributions in 2016 until after the New Hampshire primary in February.

Sanders led all 2020 Democratic presidential candidates in fundraising in the third quarter of 2019, raking in $25.3 million from an average donation of just $18. Teacher has been the most common profession of Sanders donors, while Amazon, Walmart, and Starbucks have been the top employers of Sanders contributors.

The Vermont senator, who has campaigned on his opposition to endless U.S.-led wars and regime change, is also leading all 2020 presidential candidates—including incumbent President Donald Trump and Democratic rival Pete Buttigieg, a veteran of the war in Afghanistan—in contributions from members of the military, according to an analysis by Foreign Policy.

"Despite the presence of two veterans and an incumbent president in the race, no candidate has raised as much as Sa… https://t.co/lVNeXLqI3A
— Matt Duss (@Matt Duss)1574166877.0

"A candidate who explicitly condemns coups and U.S. imperialism. A campaign funded overwhelmingly by small donors," The Intercept's Glenn Greenwald tweeted in response to the Sanders' campaign's latest milestone. "There are a couple of other good candidates, but imagine how transformative this, by itself, would be, empowered in the Oval Office."