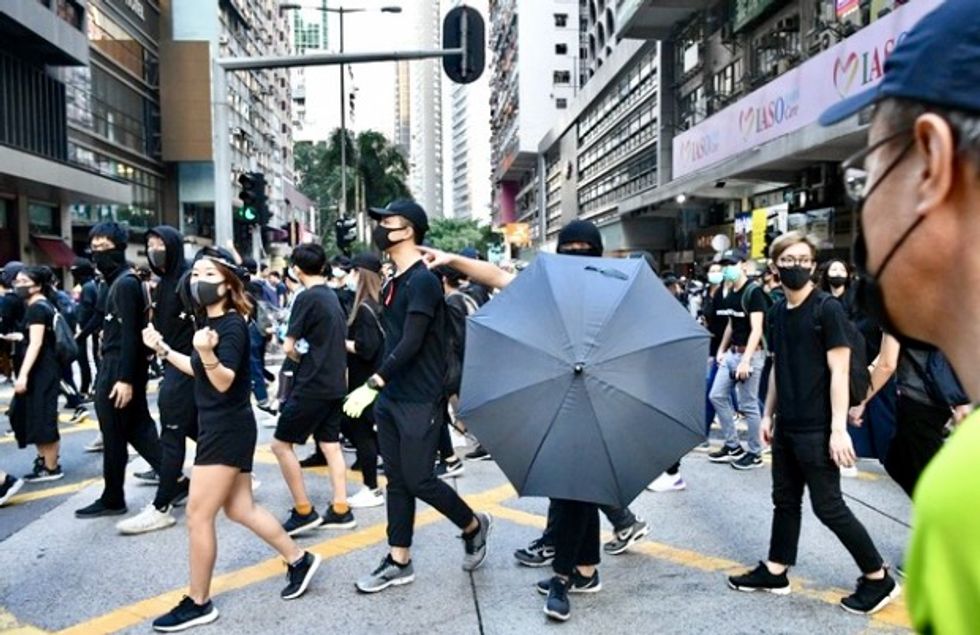 Two pro-democracy protesters were arrested Wednesday as they emerged from a manhole on a Hong Kong road outside a besieged campus, in a thwarted escape bid from inside the university.

Two male protesters holed up in the campus for days were detained along with four people lowering ropes to help them out from the drainage system, police said.

They apparently crawled through fetid sewers to a manhole outside a housing estate around half a kilometre from city centre grounds of the Hong Kong Polytechnic University (PolyU), the scene of the dramatic siege by police.

The group were arrested for a range of offences including "taking part in a riot" and "assisting offenders", chief superintendent Ricky Ho told reporters late Wednesday.

Dozens of diehard pro-democracy protesters are believed to still be inside PolyU, running out of supplies and options to avoid the police cordon around the campus.

Some have made successful and daring escapes -- shinning down ropes and jumping on waiting motorbikes, or making a run for it under the cover of darkness.

Protesters have also scouted out the drainage system for two days -- with desperation and rumours of successful escapes prompting students to try the dangerous underground route.

The city's fire service said that as of Wednesday evening, "no person has been found trapped inside the (sewer) system."

But many others have been arrested while trying to breach police lines, some receiving brutal beatings with batons, fists and kicks to the head while prone on the ground.

Dozens of those who made the Monday night breakout by ropes off a bridge were subsequently arrested, police said.

Hong Kong has been rocked by nearly six months of demonstrations against the city's China-backed government.