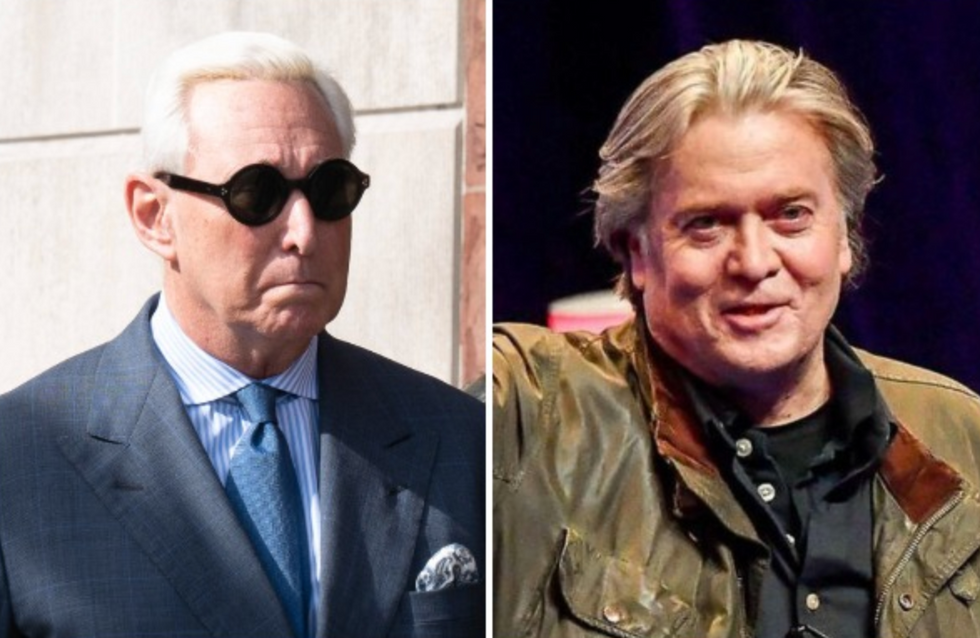 Steve Bannon, the controversial former adviser to Donald Trump and chief executive of his presidential campaign, told jurors this Friday that Roger Stone was “an access point” to WikiLeaks, the document-dumping website that released hacked emails damaging to Hillary Clinton's 2016 presidential campaign.

According to the Associated Press, Bannon was subpoenaed as a "reluctant witness" in Stone’s current criminal trial in federal court.

Stone is charged with witness tampering and lying to Congress about his connections to Wikileaks in regards to the 2016 presidential campaign.

“The campaign had no official access to WikiLeaks or to Julian Assange. But Roger would be considered if we needed an access point,” Bannon said, adding that Stone repeatedly “implied that he had a connection with WikiLeaks" without stating it directly.