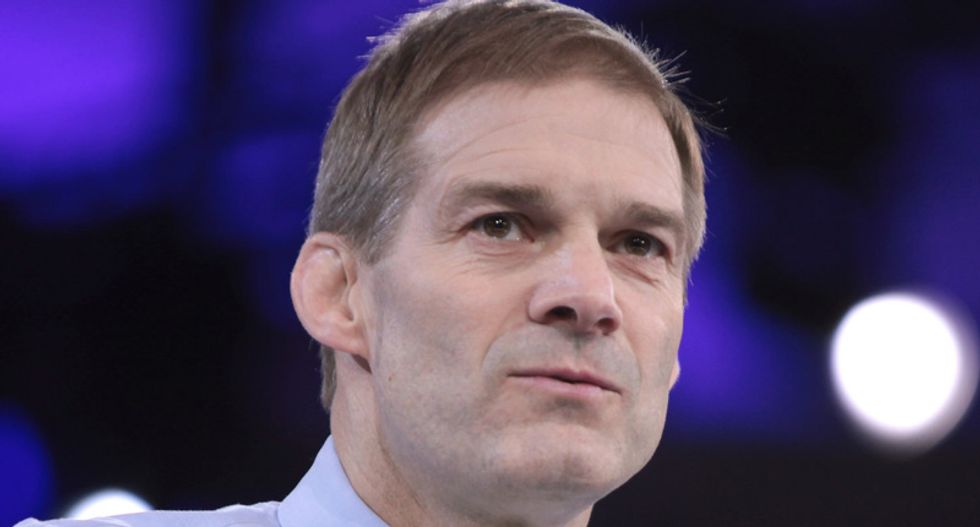 With House Republicans' temporary appointment to the Intelligence Committee of Rep. Jim Jordan (R-OH) — a congressman known for his rapid-fire, partisan, and often nonsensical lines of questioning in committee hearings — it is clear that the GOP is laying out a strategy to divide, distract, and turn the American people off the impeachment investigation of President Donald Trump.

Unfortunately for them, wrote Paul Kane in the Washington Post, Democrats have a plan to give Republicans a taste of their own medicine — and take the case for impeachment directly to the American people.

"Having learned lessons about those previous mistakes, Democrats fashioned the resolution formalizing the impeachment inquiry to address several procedural hiccups that they believe will make these new hearings more dramatic," wrote Kane. "And, more broadly, House Speaker Nancy Pelosi (D-Calif.) has recently begun to hold weekly huddles with the Democrats who are most often on TV news shows talking about the investigation. The purpose is to work on message and drive home the importance of keeping the focus on Trump’s actions and not getting distracted by side characters, such as the president’s personal lawyer Rudolph W. Giuliani."

Several new rules are designed to keep the hearings on track and give everyone a chance to present their case in the most simple and clear way possible.

"First, as they reviewed the Mueller hearing, Republicans overwhelmed Democrats with a bunch of procedural complaints and demanded votes at the outset, turning the opening into a spectacle," wrote Kane. "Now, if Nunes and Jordan try that Wednesday, those points of order will be piled up and voted on at the end of the hearing, allowing the witnesses to get started sooner."

"Also, the first 90 minutes of the hearing are given over to Schiff and then Nunes, equally divided, for questions, without interruption, rather than just the five-minute rounds that other committees use," wrote Kane. "This will give Schiff time to draw out Taylor and his predecessor, Marie Yovanovitch, who was ousted from Kyiv after complaints from Trump and Giuliani."

"Also, Schiff’s counsel will be allowed to ask questions at the front end of the hearing, correcting a mistake from the Lewandowski hearing, when the Judiciary counsel was allowed to ask questions only at the end," added Kane. "That portion of the hearing revealed new facts from Lewandowski, but because it came at the end of a marathon session, it drew little notice."

The net result, Democrats hope, is that these hearings will be more transparent, more compelling — and harder for Republicans to sabotage.