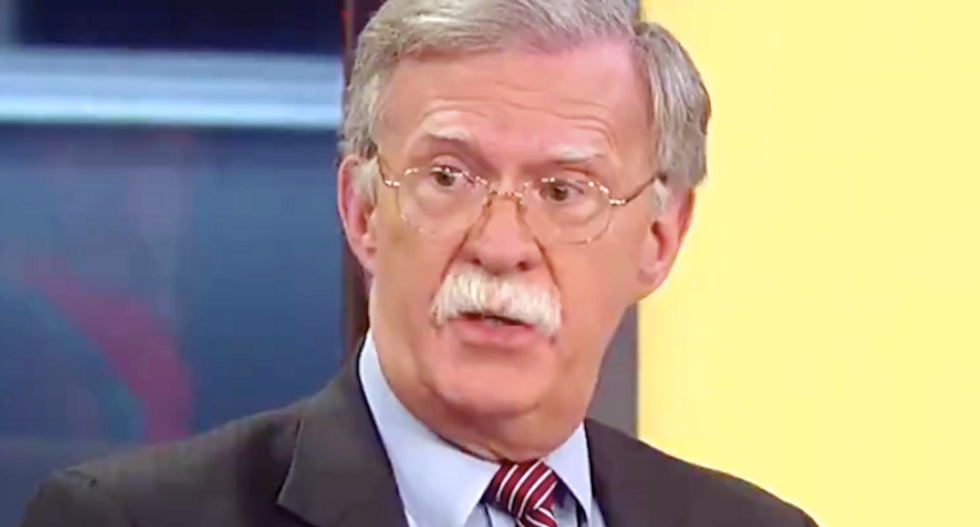 Axios reported Sunday that one of the biggest concerns in President Donald Trump's White House is that former Director of National Intelligence John Bolton frequently took detailed notes during meetings. Those notes could now become part of the investigation into the president's alleged bribery of Ukraine.

Bolton has said that he has no intention of testifying and is working on an upcoming book.

"These sources, including both current and former senior administration officials, tell me that the former national security adviser was the most prolific note-taker at the top level of the White House and probably has more details than any impeachment inquiry witness, so far, about President Trump's machinations on Ukraine," Axios reported.

Bolton's lawyer Chuck Cooper, said in a letter than Bolton "was personally involved" in "many relevant meetings and conversations that have not yet been discussed" in the impeachment testimonies.

"Typically, anything that could contain classified information is turned over to the White House for review when an employee departs. … One would hope Bolton has considered that before advertising that he has additional information," he also said.