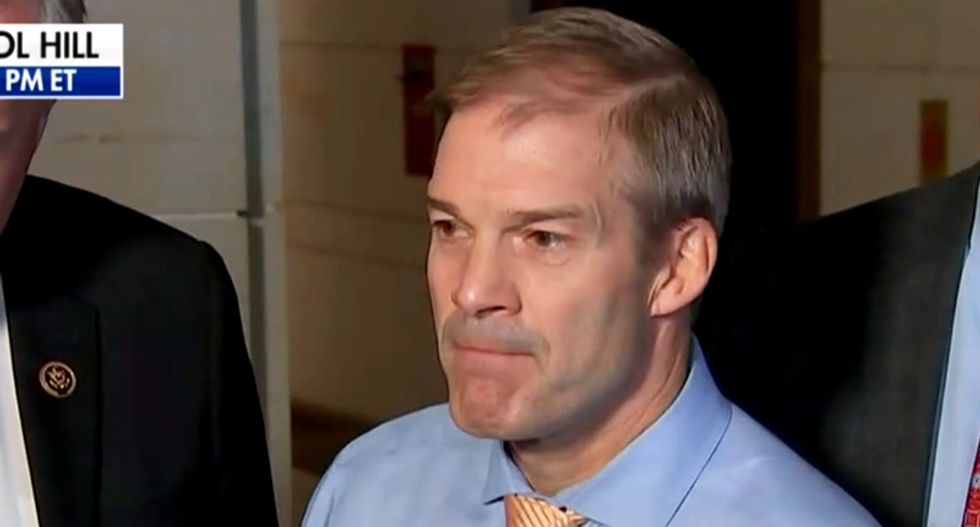 While the White House was desperately searching for justification of their Ukraine bribery scheme, lawyers were telling them that it was illegal and not the normal course of business.

It's a defense the GOP has attempted to use throughout the impeachment inquiry hearings, but according to a federal prosecutor on CNN, Republicans and the White House were being told otherwise. CNN host Martin Savage asked if these documents show that the Republicans were all trying to hide something.

Former prosecutor Lis Wiehl agreed, saying it could ultimately be "extremely damaging" for the Republican defense of the president.

"The timeline is very important here because the conversation is made in July," she continued. "Then these emails that we've just discovered start coming out and the legality is debated behind the scenes. We're just finding out this now in July and August before of course, the hold is then lifted in mid-September. And the defense is there being made behind the scenes."

She said that during the hearings last week, the Republicans were leading the witnesses saying, "everything was normal about this freeze, right?" At the same time, they were peppering questions to diplomats about freezes on aid being "the normal course of business" and that such freezes "happen all the time."

"We heard this,"Wiehl continued. "This was sort of the mantra during the course of the investigation. 'This is just a normal thing; it happens all the time.' Well, clearly what the lawyers were already saying, the emails that were discovered here, they're saying, 'No, it's not normal, we need to find a legal reason to be able to say it's normal, it's in the course of business,' when they already knew that it wasn't. They were trying to mount a legal defense already at that point before the freeze was lifted in mid-September. They knew it was wrong at the time."

Watch her explanation below: