'Totally false -- why did you say that?' NPR host skewers Trump spokesman for blatant lies about Ukraine call 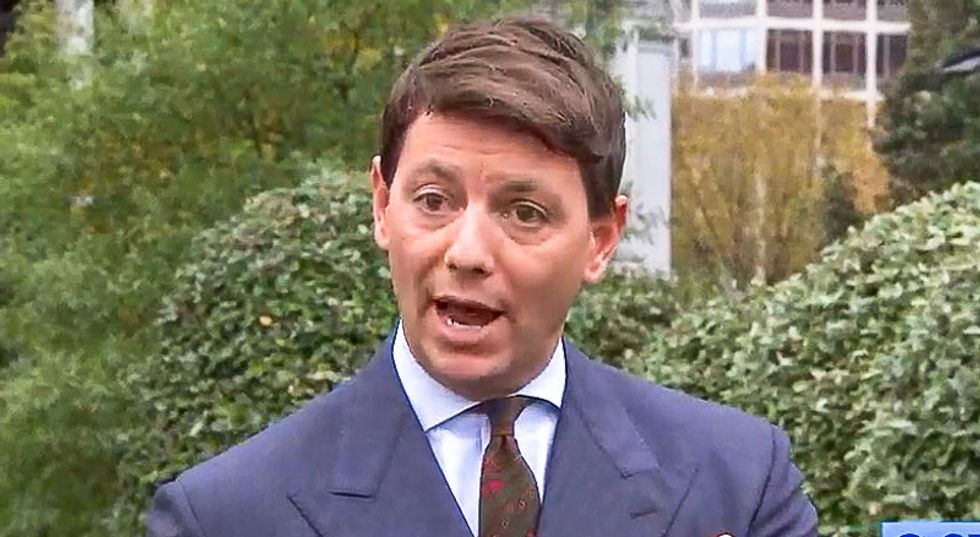 White House spokesman Hogan Gidley on Friday got more than he bargained for during an interview with NPR's Steve Inskeep.

During the interview, Gidley tried to claim that President Donald Trump's now-infamous phone call with Ukrainian President Volodymyr Zelensky only showed the president's dedication to fighting corruption in countries that receive American aid.

Inskeep then interrupted him and pointed out that the only two "corruption"-related issues that Trump raised on the call were asking for two investigations that would have benefited him politically: A probe into the Crowd Strike DNC server conspiracy theory and an investigation into the family of former Vice President Joe Biden.

"He didn't talk about his political rivals for 2020," Gidley falsely claimed. "I remember when Democrats cared about what happened in the 2016 election, and that's what he was talking about. This is what the president ran on and won on -- making sure the money we give these countries, these hundreds of millions of dollars are spent wisely."

"It's in relation to the 2016 corruption!" a defensive Gidley replied. "He wasn't talking about 2020 and you and your listeners know that!"