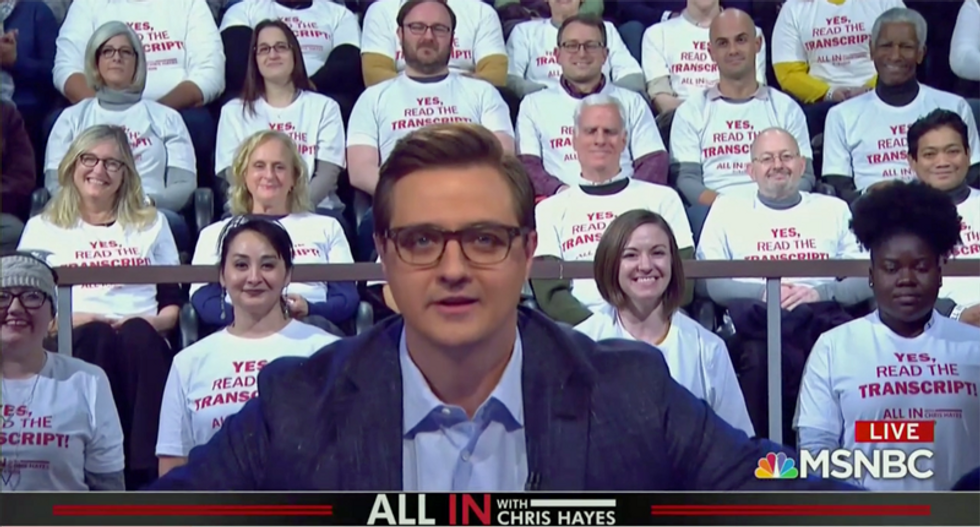 MSNBC's Chris Hayes examined President Donald Trump's intelligence through the lens of the impeachment inquiry during a special Friday edition of "All In" before a live studio audience.

The host noted one defense Trump has used is that he couldn't possibly be dumb enough to request foreign election assistance in a call heard by a bunch of people.

"Another Fake News story out there - It never ends! Virtually anytime I speak on the phone to a foreign leader, I understand that there may be many people listening from various U.S. agencies, not to mention those from the other country itself," Trump tweeted. "Knowing all of this, is anybody dumb enough to believe that I would say something inappropriate with a foreign leader while on such a potentially 'heavily populated' call"?

"Could the president be so dumb as to commit a flagrant abuse of power, extort a foreign country while a bunch of people were listening? The answer is yes, he could be," Hayes said. "So could he also be so dumb to tell everybody to read a transcript that incriminates him?"

So Hayes read the transcript.