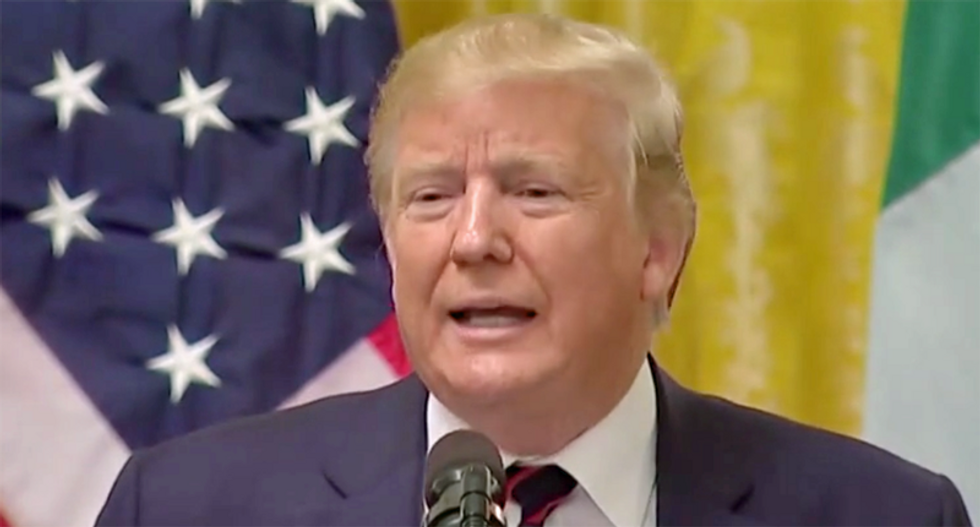 Republicans suffered a major blow in Kentucky after Gov. Matt Bevin, a firm ally of President Donald Trump, was defeated by Democratic state Attorney General Andy Beshear — despite the president's efforts to help the GOP, culminating in a massive rally in Lexington on the eve of the election.

Now, according to Politico, GOP strategists are worried that a similar outcome could happen in Louisiana, where conservative Democrat John Bel Edwards will stand for re-election on Saturday against Trump-loving businessman Eddie Rispone.

Ahead of a planned Trump rally on Thursday for Rispone, the RNC is dumping an extra $1 million into turnout efforts, as polls show Edwards with a slight lead.

"Clearly Democrats are more energized than they were in the primary," said Louisiana pollster John Couvillon, who often works with Republicans. "I think the odds are better for Edwards in the runoff than I thought they were on primary night." And GOP strategist Roy Fletcher called the early voting returns "really bad news for Rispone," adding that only a surge of rural turnout on Election Night will save him.

Edwards was elected in a landslide with cross-party support in 2015 as Republicans bolted from their unpopular and scandal-plagued nominee, former Sen. David Vitter. He is the only Democrat to flip the governorship of a Deep South state during President Barack Obama's administration, and one of his first acts was to expand Medicaid. As Republicans have a hammerlock on the state legislature, Edwards has acquired a reputation for bipartisanship and culturally conservative positions on abortion and guns, and has boasted that he has a positive working relationship with Trump. Nevertheless, Louisiana is a deeply Republican state, giving the GOP their best chance to pick up a governorship until the 2020 election.

Louisiana elections are held in two stages, with a "jungle" primary in which all Democrats and Republicans run on the same ballot, and then a runoff between the top two candidates if no one wins an outright majority.

During the primary, Edwards looked particularly vulnerable, as African-American turnout declined sharply from 2015. But the early vote returns for the runoff show Black voters turning out at much higher rates, casting 31 percent of early ballots — roughly what Edwards would need to win. The University of Virginia's Center for Politics has moved the race from Toss-up to Leans Democratic.

The race is still close, and experts broadly agree Rispone still has a path to victory. But the GOP — still wounded by their loss in Kentucky — want to take no chances.