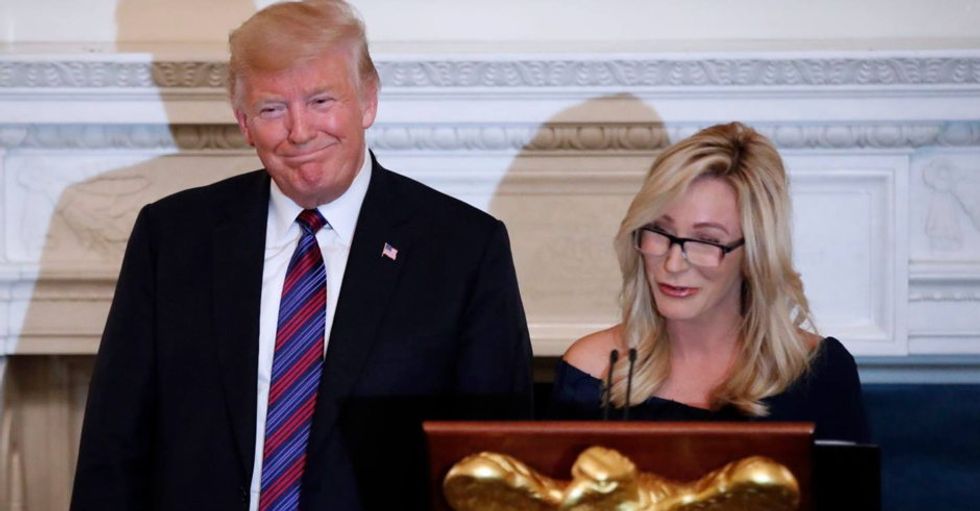 Paula White, as she is also known, will be based in the Office of Public Liaison, which focuses on gaining support from various special interest groups that are a critical part of the President’s base.

White’s “role will be to advise the administration’s Faith and Opportunity Initiative, which Mr. Trump established last year by executive order and which aims to give religious groups more of a voice in government programs devoted to issues like defending religious liberty and fighting poverty,” The New York Times reports.

Although she will be a White House and not a campaign employee, the Times notes the president winning a second term is dependent on religious conservatives, and without their support “his path to re-election would be significantly narrower.”

White, who says she regularly visits the White House several times a week, attended a “laying of hands” on the president prayer event in the Roosevelt Room of White House earlier this week. Other attendees included Trump’s top religious advisors. Among them, Tony Perkins, president of the anti-gay hate group Family Research Council, and Dr. James Dobson, founder of the FRC and of Focus on the Family, an anti-LGBT organization.

“White has spent the past few years saying some states believe the Bible is ‘hate speech,’ that she had blessed the White House with ‘the superior blood of Jesus,’ that church members should vote Republican, and that opposing the president means opposing God,” Friendly Atheist advises.

Here’s one of White’s recent tweets: