Trump has committed 6 impeachable offenses: Harvard Law’s Laurence Tribe says ‘the evidence is all there’ 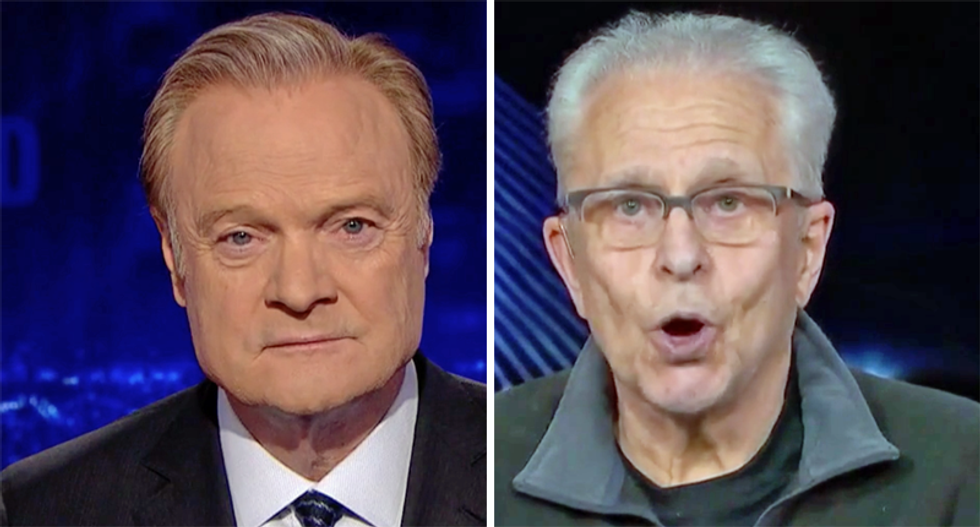 Tribe has argued 36 cases before the United States Supreme Court and taught at Harvard Law for 50 years. He co-authored the 2018 book To End a Presidency: The Power of Impeachment with Joshua Matz.

"Everyone was in the loop, it was no secret. That was the testimony from Ambassador Gordon Sondland yesterday as he implicated the president, Secretary of State, White House chief of staff, and former National Security Advisor John Bolton and other administration officials in the plot to bribe the president of Ukraine to publicly launch an investigation into Joe Biden in exchange for U.S. military aid to Ukraine that was authorized by Congress and that the president was withholding," O'Donnell reported.

"So has the Intelligence Committee made a case?" O'Donnell asked. "Have they established the evidence for an Article of Impeachment?"

"I think the answer is clearly yes," Tribe replied.

The professor listed the crimes.

"They have made it very clear in the evidence that we have heard from first-hand witnesses like Mr. Holmes -- who actually heard the president's voice -- and then the president's words himself and the readout from the call, that the president was engaged in bribery, extortion, the usurpation of Congress' power of the purse, an abuse of his office, a violation of his oath," Tribe explained. "These are all impeachable offenses."

"And on top of that, it's very clear that the president's unprecedented erection of a stone wall in which he directs everybody connected to the White House and connected to the State Department not to testify, not to comply with subpoenas, not to do what Mr. Holmes and Dr. Hill did today, and that is not to tell the truth, not to come forward -- that amounts to contempt of Congress," he continued.

"Tt's a far more sweeping and serious violation of the separation of powers than even Richard Nixon was guilty of in Article 3 of his Articles of Impeachment. "So the evidence is all there, and there is nothing left to do but collate it -- as the Judiciary Committee surely will -- into Articles of Impeachment," Tribe explained.