Trump is weak in rural America — and it could ‘spell bad news’ for his 2020 re-election: report 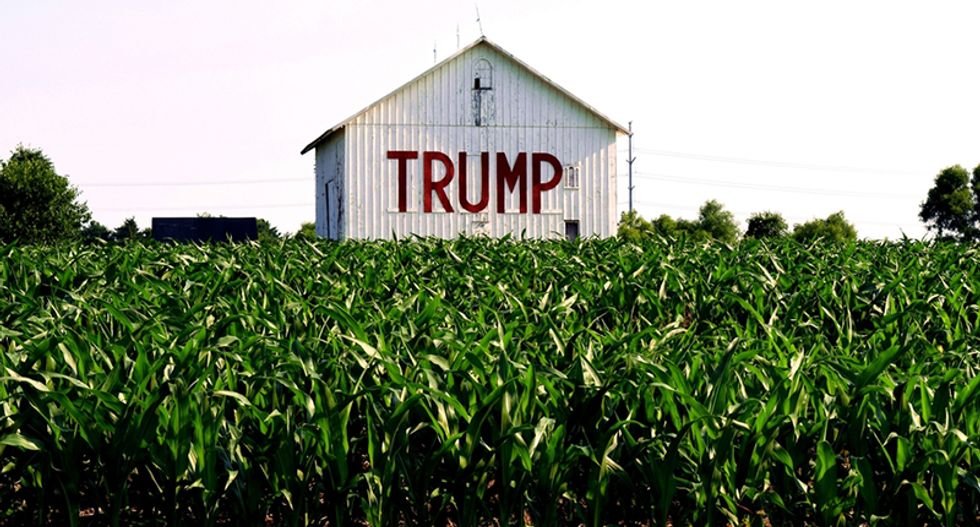 President Donald Trump's base has always thought to have been rural America, where conservatives tend to dominate, and Republican officials govern. But according to The Washington Post, that isn't exactly the case.

While rural counties went overwhelmingly for Trump in 2016, he only has about half of their support currently. Less than half of rural America (48 percent) approves of the job Trump is doing as president, a recent Washington Post-ABC News poll showed. That is less than expected, particularly when compared to other groups like non-college whites and Evangelical Christians.

There are far more people of color in rural areas than most seem to believe, The Post explained.

Trump hasn't exactly kept his promises for rural America either. Among Trump's many broken promises, access to highspeed internet has been a slog for many areas. Updated numbers from a 2019 study show "most rural markets in America, less than 20 percent of households have a broadband connection,” said Eddie Hold, president of NPD Connected Intelligence.

Healthcare is another major problem. A key component to Obamacare a.k.a. The Affordable Care Act was funding to keep rural hospitals open. As states opt-out of the Obamacare program and Republicans work to undermine the law, funding to hospitals has been slashed and more have been forced to close.

Fears about Trump's trade war with China and Mexico have caused serious problems for farmers and ranchers struggling to make it through as the problem drags into its second year. That added to Trump's immigration policies have made things difficult for large farms that employee migrants to help during harvests.

"All of this could spell bad news for the president who partly owes his ability to transition from Fifth Avenue to the White House on rural voters," The Post explained. "And maintaining this support of his base will be instrumental to Trump's ability to win the 2020 election. Rural voters were an important part of Trump's base. According to a 2017 Washington Post/Kaiser Family Foundation survey, the group was largely drawn to Trump's cultural message -- one that promised to return America to a past era where the country's increasing diversification did not cause great anxiety."

Virginia and Kentucky elections this week show some holes in the Trump support. Gov. Matt Bevin (R-KY) was unbelievably unpopular with the state, so it's difficult to chart the impact of the president on rural areas. In Virginia, however, rural areas, like urban areas, also experienced substantial turnout for their off-year elections. Political analysts believe that is indicative of Trump's impact on politics.