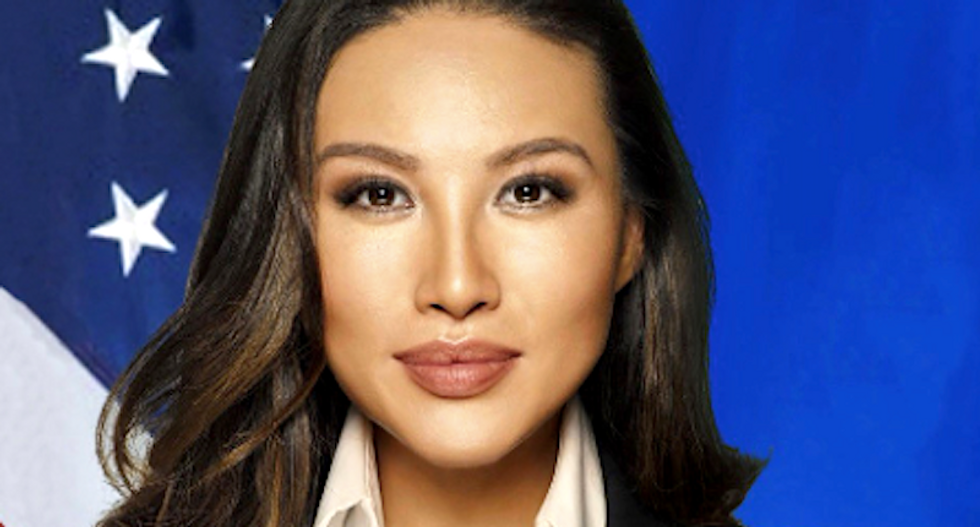 President Donald Trump has lost another top official in his State Department, days after Marie Yovanovitch testified the department had been "hollowed out."

"Mina Chang, a high-ranking State Department staffer who vaulted into the public spotlight after NBC reported she had inflated her resumé, has resigned from her position," Politico reported Monday.

"Chang, the deputy assistant secretary in the State Department’s Bureau of Conflict and Stability Operations, was accused of overstating her academic credentials and creating a fake Time magazine cover with her face on it," Politico reported.

Her resignation letter was obtained by Politico.

“Resigning is the only acceptable moral and ethical option for me at this time,” Chang wrote.

“In already difficult times, the Department of State is experiencing what I and many believe is the worst and most profound moral crisis confronting career professionals and political appointees in the Department’s history,” she wrote. “Department morale is at its lowest, the professionalism and collegiality – once a hallmark of the U.S. diplomatic service — has all but disappeared.”

Chang also complained about Secretary of State Mike Pompeo not defending her, which has been a familiar theme in the impeachment proceedings.

“A character assassination based solely on innuendo was launched against me attacking my credentials and character,” she charged. “My superiors at the Department refused to defend me, stand up for the truth or allow me to answer the false charges against me.”