Trump told national security official to blow off Congress and 'do whatever' they wanted: tell-all book 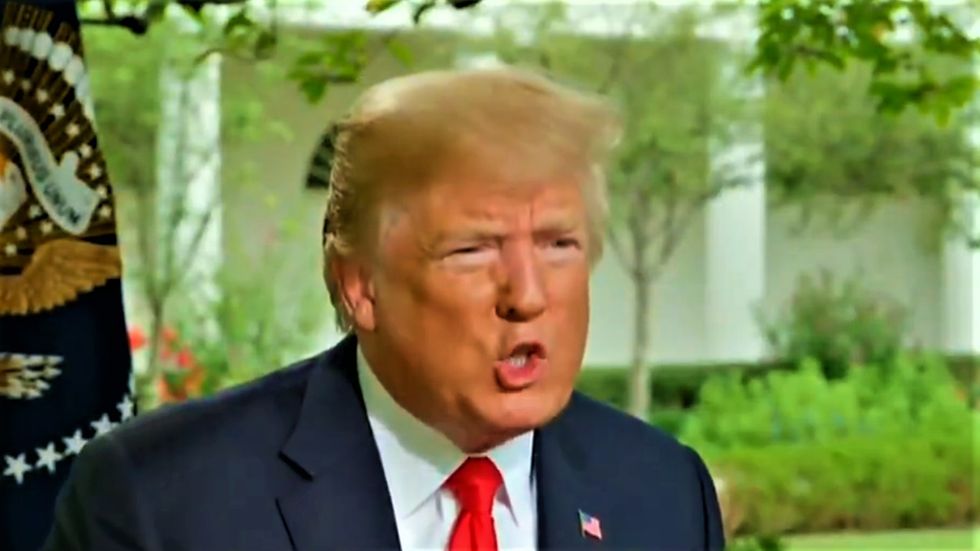 "A Warning," the damning book about President Donald Trump written by an anonymous White House insider, reveals that the president at one point instructed a top national security official to "do whatever" they needed to secure funding without bothering to consult Congress.

As reported by Axios, the book claims that the head of a national security agency one time went to Trump to discuss plans to get Congress to pass needed funding for their department.

"Don't worry about Congress," Trump told them, according to the book. "Just do what you need to do.

The official then reportedly explained that they couldn't just spend money without authorization from Congress.

"No, no," Trump replied. "It doesn't matter. You have my permission to do whatever you need to do, okay? Just forget about them."

If accurate, this anecdote goes to further illustrate the president's contempt for the separation of powers under the Constitution.

Earlier this year, for example, Trump bypassed Congress's constitutionally mandated authority over federal spending when he declared a "national emergency" and siphoned money from the Department of Defense budget to fund construction of his long-promised wall along the border between the United States and Mexico.