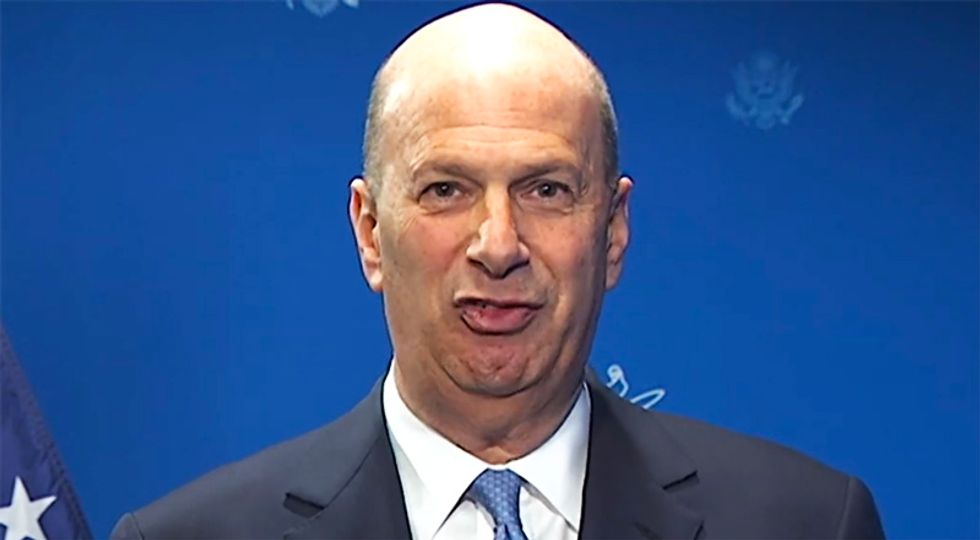 More details are coming out about the impeachment inquiry testimony by a top White House official.

"Tim Morrison, the President's top Russia adviser, had multiple conversations with American Ambassador to the European Union Gordon Sondland. In those discussions, the ambassador referenced talks he had with the President. Morrison became concerned that Sondland was going rogue on Ukraine," CNN reported Friday.

"Morrison told lawmakers he thought Sondland a 'free radical,' according to two of the sources. The term was a reference to cells that cause cancer," CNN noted.

The revelations could shine light on whether or not Sondland committed perjury during his congressional testimony.

"To to find out whether Sondland had talked to the President, Morrison went so far as asking Trump's executive secretary if the President had actually talked with Sondland. The ambassador's claims about the conversations checked out each time, Morrison said in his testimony Thursday, according to the source," CNN noted. "Morrison's testimony also could raise more questions about Sondland's deposition and his role in pushing Ukraine to do investigations in return for military aid and a meeting with Trump. It's unclear how many times Sondland and Trump spoke about Ukraine."