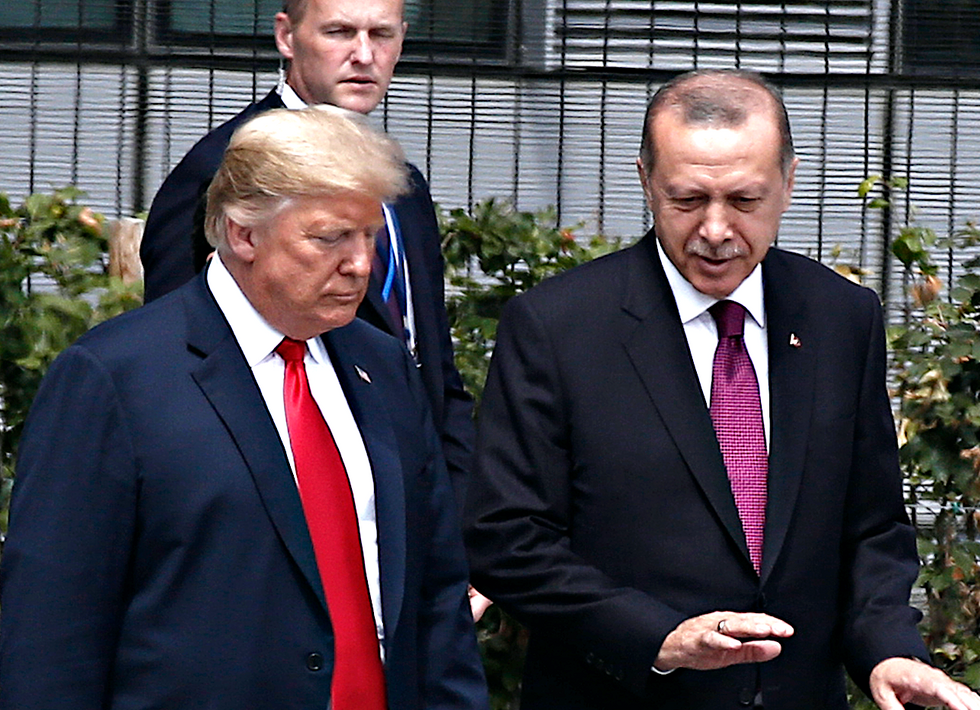 On the same day as the first public hearings in House impeachment inquiry began, President Trump welcomed Turkey's president Recep Tayyip Erdoğan to the White House --  a move that even Senator Mitch McConnell said made him feel a sense of "uneasiness," in light of the fact that Erdogan's forces and proxies are currently sowing chaos and committing atrocities in Syria.

As the White House meeting between the two leaders took place, reports emerged that Turkish forces launched an attack on the predominantly Christian Syrian town of Til Temir.

In a tweet from Syrian Democratic Forces (SDF) commander Mazloum Abdi, the attack is causing "massive displacement of the residents" and is a violation of the ceasefire deal between Turkish and Kurdish factions.

While American evangelicals have largely stuck by Trump, his withdrawal of American troops from northeast Syria last month has drawn considerable pushback from evangelical groups, who worry that the troop withdrawal would lead to persecution of the Christian population in the region.