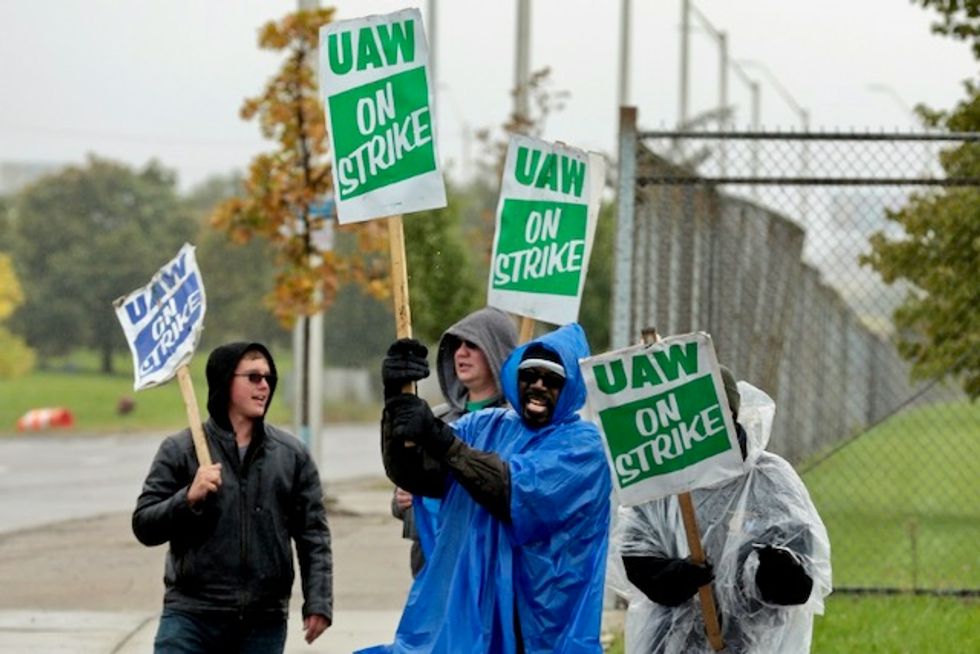 The US labor market took a punch in October from an extended strike at General Motors but the economy continued to add jobs at a solid pace, according to official data released Friday.

The steady hiring showed demand for workers remained resilient despite President Donald Trump's protracted trade war with China, that has chilled investment and slowed the economy.

And gains in the prior months were revised up sharply and wages continued to climb, making the jobs picture even stronger.

Meanwhile, the jobless rate rose a notch to a still-low 3.6 percent, as expected. The 3.5 percent unemployment rate in September was the lowest since 1969.

Nearly 50,000 GM workers were called back to work this week following a 40-day strike, but the stoppage put a deep dent in October's auto industry employment levels.

The ranks of auto workers shrank by more than 41,000, according to the report -- the biggest drop in that sector since October 2009, when the American auto giant was at the brink of collapse.

Without the impact of the GM strike, employment in the US manufacturing sector would have risen in October.

Hiring was also strong in other sectors, averting the dire outcomes some economists had predicted, as bars, restaurants and financial services companies continued to snap up new workers.

And the gains came despite the fact federal government hiring of temporary workers ahead of the 2020 census ended, removing the temporary boost of prior months.

Even with the GM strike, employment in August and September were revised up by a combined 95,000, the Labor Department said.

Overall, job growth has slowed in 2019 to a monthly average of 167,000, compared to 223,000 last year, as the supply of available workers dwindles and skittish companies hold off on adding workers amid concerns about the US-China trade war.

But low unemployment and steady job growth should continue to support consumer spending, which represents the lion's share of US economic activity.

Compared to October of last year, worker pay rose three percent, meaning year-on-year wage gains have been at or above three percent for 15 straight months.

The Federal Reserve this week cut interest rates for the third time in a row, moving to shield the economy from a global slowdown and the effects of the trade wars and other factors slowing the US and global economies.

But Fed Chairman Jerome Powell signaled Wednesday the central bank likely will hold off on providing any further stimulus to the economy.