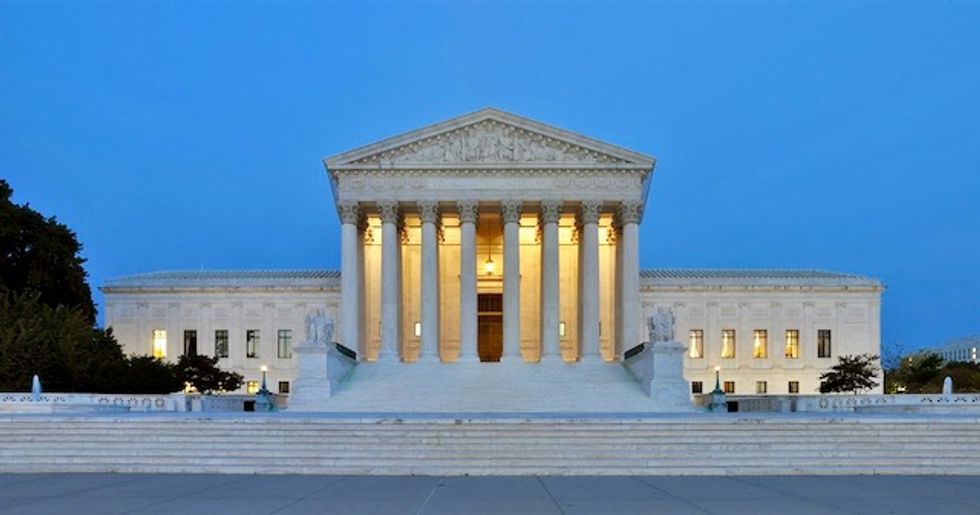 The US Supreme Court hears arguments Tuesday on the fate of the "Dreamers," an estimated 700,000 people brought to the country illegally as children but allowed to stay and work under a program created by former president Barack Obama.

Known as Deferred Action for Childhood Arrivals or DACA, the program came under attack from President Donald Trump who wants it terminated, and expired last year after the Congress failed to come up with a replacement.

Court challenges to the phase-out of the program have now risen to the top court, whose justices will take stock of the issue during oral arguments.

A decision is not expected until next year, at the height of the US election campaign in which immigration is likely to be a hot button theme.

For the 700,000 DACA immigrants at the crux of the debate, the outcome could not be more personal.

"I am definitely afraid," said Jose, a 26-year-old who came from Mexico with his parents at age eight and now works for Microsoft, which has filed an amicus brief in support of the Dreamers.

He was joined outside the Supreme Court by a fellow Microsoft employee, Juan, a Colombian-born 25-year-old who like Jose asked that his surname not be given.

"This is not only about us individuals, but also about our families, our communities," he said.

"It should not be decided by courts, Congress should have passed a comprehensive and compassionate immigration policy"

Trump, in a tweet Tuesday, held out the possibility of a deal with Democrats if the court scraps the program, but scorned many of the Dreamers "as far from angels."

"Some are very tough, hardened criminals," he wrote. "If Supreme Court remedies with overturn, a deal will be made with Dems for them to stay."

If the Supreme Court fails to extend legal protection to the "Dreamers," they are not expected to be automatically deported; most will probably slip quietly into the shadowy life of the undocumented, for whom working and studying is fraught with difficulty.

In the meantime "this is has been like a roller coaster," said Angelica Villalobos, a 34 year-old Mexican mother of five who works in an auto repair shop in Oklahoma.

She said she and her husband, who also entered illegally as a minor, talk to their children about what might happen if the court ruling does not go their way and they might become unable to drive or work -- "things that we're doing right now that keep the family more normal."

Like them, hundreds of thousands of others "have been in the country for at least 12 years, become part of the fabric of our communities or institutions," said Omar Jadwat of the American Civil Liberties Union.

He said the Trump administration moved to end DACA in order to use "Dreamers" as "bargaining chips" with the Democrats to achieve other immigration goals.

Indeed, Trump tried in vain to obtain congressional funding for his promised wall along the border with Mexico in exchange for new protections for the "Dreamers," many of whom have little to no memory of the country in which they were born.

The vast majority are from Mexico, and smaller numbers come from El Salvador, Guatemala, Honduras, Peru, South Korea, Brazil and other countries.

The courts have stepped into this case because of questions about the Trump administration's motives for ending DACA.

The plaintiffs have said that the administration acted "arbitrarily or capriciously."

Noel Francisco, the solicitor general who will represent the government before the Supreme Court, said in September that what it has done with DACA is "entirely lawful and rational."

Besides the fate of the immigrants, the case is important because of what it means for executive authority, said Steven Schwinn, a professor of law at the University of Chicago.

He said the court could in effect extend the discretionary powers of the president by allowing him to do or undo policy without giving an explanation.