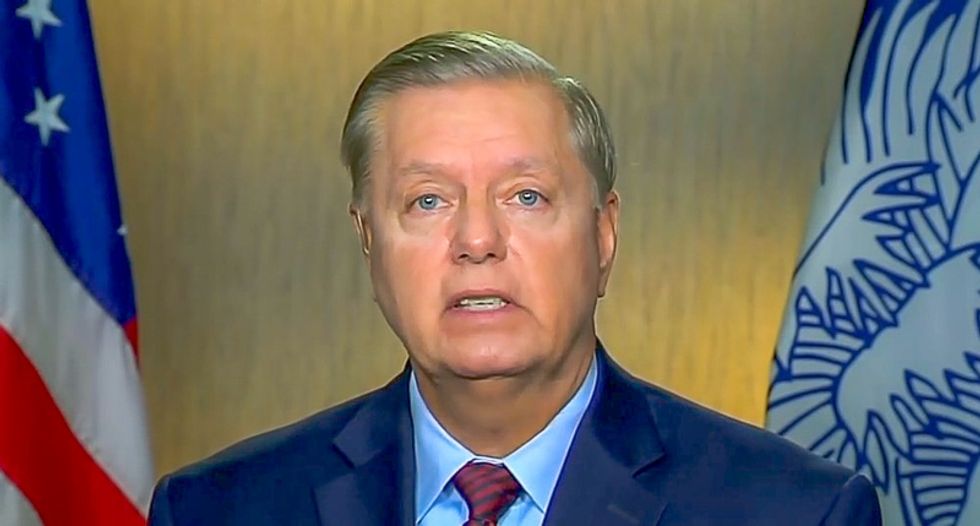 Sen. Lindsey Graham (R-SC) on Friday was filmed running away from a war veteran who tried to talk with him about President Donald Trump's impeachable conduct.

In a video posted by progressive veterans organization Common Defense, a man who identifies himself as an Iraq War veteran from Louisiana calmly walks up to Graham and tells the senator that he believes that he's being treated unfairly by the media.

"I believe that you honestly believe in our democracy as I do," the man tells him.

"I came here to D.C. because I'm a Marine, I went to Iraq, and I believe, as I believe that you do, that President Trump is not acting in accordance to his oath," the veteran continued. "The oath that you took and I did to defend the Constitution."

At this point, Graham starts to stammer and the veteran implores him to listen.

"Yeah I did, I don't agree with you, I gotta go," Graham says before promptly rushing into his office.