'What the hell’s wrong with these people?': MSNBC panel goes off on GOP lawmakers’ threats of violence over Trump impeachment 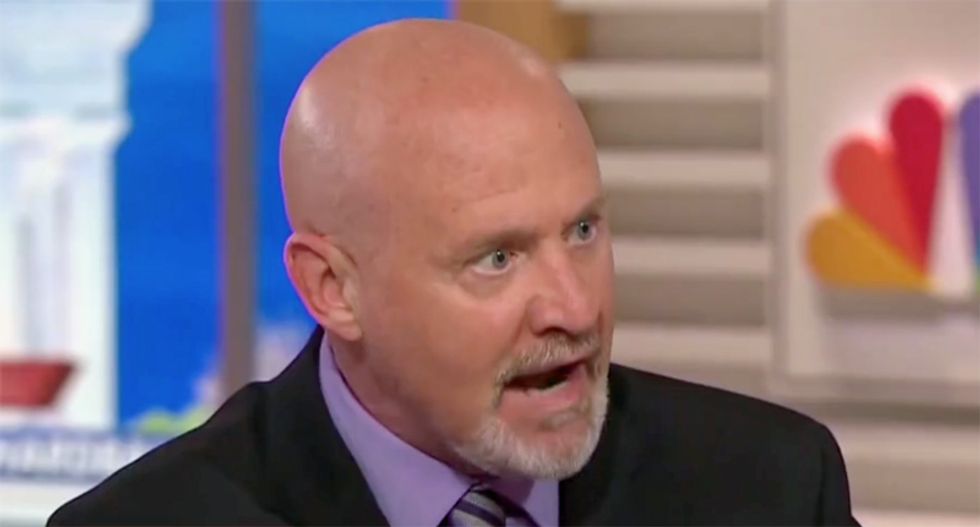 On Saturday, an MSNBC panel excoriated Republican lawmakers for their badly-concealed threats of civil war if President Donald Trump is removed from office.

"To me, this is one of the most underreported stories in this whole situation that we're in, this talk of civil war, this talk of potential violence, if this president in particular either doesn't win re-election or doesn't get his way," said host Jonathan Capehart. "How damaging is this to the republic?"

"You know, Jonathan, the hateful, violent speech by the Louie Gohmerts and the Steve Kings of the world — Steve King recently tweeted out something about red states have 8 trillion bullets, and the inference being we're not afraid to use them," said former federal prosecutor Glenn Kirschner. "You know, this kind of hateful speech just proves they have no defense of the president's conduct on the merits, so instead, they behave like common criminals ... I see comments by Steve King and by Louie Gohmert as being no different than an armed gunman who walks up to a victim in the street and says 'Give me your wallet,' and the victim says, 'You have no right to my wallet,' and the gunman says, 'listen, if you don't give me your wallet, there will be violence.' I mean, that's what these folks are saying. And it's so irresponsible, and it is so sort of antithetical to what we're supposed to be about."

"But what I would say at the end of the day, Jonathan, is that, you know, we can't decline to do the right thing based on how the wrong people will react or respond or how they will threaten to react or respond," added Kirschner. "The Congress — and this is the Democrats and the Republicans — need to continue to move forward on the right path doing the right thing, holding a criminal president accountable, if that's what the evidence shows. And I don't want to say consequences be damned, but you can't decline to do the right thing for the wrong reasons."

"I don't know what the hell's wrong with these people," he raged. "I think we just need to be straight up about it and just call them out. Jeffress, Gohmert, all of them are — this is something they want. This is something that they are perpetuating through their language and their tweets. And we — I think the rest of us, whoever, a Republican, Democrat, independent, Black, white, Hispanic — Americans have to push back on this and say, no, this is not where we are going and this is not who we are ... you're going to threaten us with a civil war? When did we have all this conversation about a civil war? Who started this silliness? Over Donald Trump? Are you friggin' kidding me? I'm going to go to civil — I'm going to go against my neighbor over Donald Trump?"

"This shows you the lunacy of this time where people can't even sit down at Thanksgiving dinner and have a conversation, if Trump's name comes up, all hell breaks loose," continued Steele. "What is it with this man that people are so obsessed to the point of stupid that they're sitting out here talking about, I've got 8 trillion bullets, you know, we're going to use them, over Donald Trump? Seriously? Come on, America. You are smarter and better than this. Get your head out of you know what, out of your, you-know-what, and focus on what's happening here — the manipulation, the lying, the BS, over Donald Trump. It's not worth it. The country is better than this."