White House is happy GOP lawmakers said Trump is too incompetent to do a quid pro quo: CNN's Jim Acosta 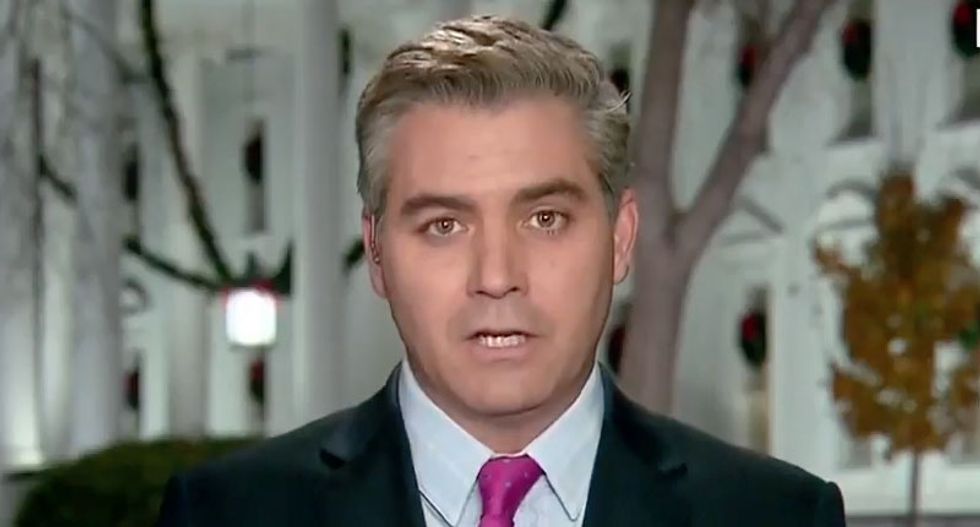 On Tuesday's edition of CNN's "Anderson Cooper 360," chief White House correspondent Jim Acosta reported that the White House is happy with how Republicans defended President Donald Trump on Capitol Hill — even though their central talking point was that the president tried to engage in a quid pro quo with Ukraine but failed.

"The White House officials that responded back to the president said that they thought he had a great day when it comes to this hearing up on Capitol Hill," said Acosta. "They don't see any damage done to the president after this first day of testimony."

"I will tell you, though, Anderson, the talking points are shifting," added Acosta. "White House officials I spoke to this evening said that they were pleasantly surprised by the performance turned in by some of these GOP lawmakers who were essentially saying, well, this was an attempted quid pro quo, it wasn't a quid pro quo, so, therefore, it's not impeachable. So, Anderson, their talking points have shifted once again. They've gone from saying there was no quid pro quo to, well, an attempted quid pro quo isn't that bad after all."