Why are California's wildfires different this year? 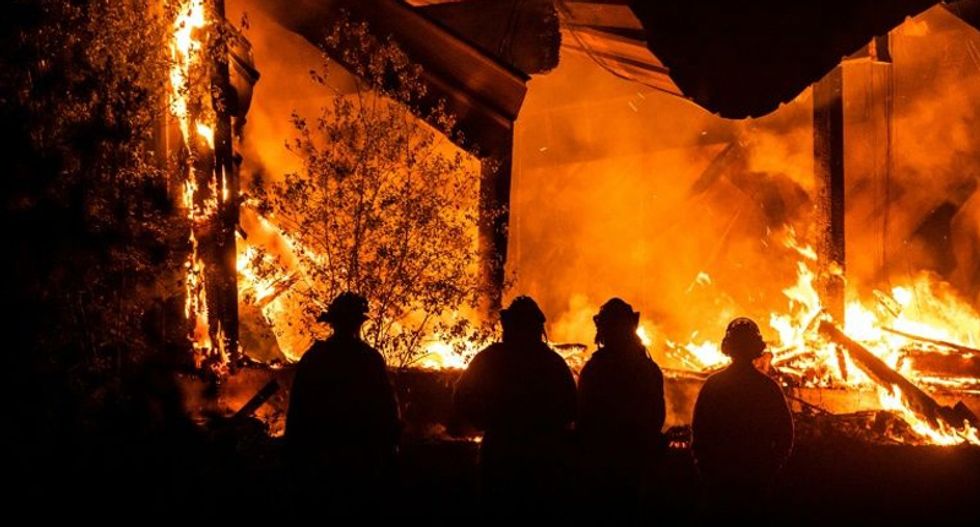 Destructive wildfires have ripped through California, threatening homes and famous landmarks, and forcing power outages that have plunged millions into darkness.

Everything from climate change to corporate negligence has been blamed for the chaos, which has seen hundreds of thousands evacuated, and hundreds of structures destroyed.

But how do these fires compare to previous years?

Though terrible in terms of sheer size and destruction, this year's wildfires in California are not setting any records.

The 20 worst California wildfires on record all destroyed over 500 structures, or burned 140,000 acres, according to state agency Cal Fire. This year's biggest -- the Kincade Fire -- has destroyed 206 structures over 76,825 acres so far.

Remarkably, there have been no fatalities. Last year, a single fire that destroyed the town of Paradise killed 86 people.

But the threat has not passed. Dangerous winds were set to fan flames through Thursday, and some of California's worst blazes have struck as late as December.

"We are still at this point not out of the woods in terms of fire season, and we won't be until there is significant rainfall in both northern and southern California," said Crystal Kolden, a University of Idaho scientist who specializes in wildfires.

This year's wildfires have been exceptional in several ways, however, with rare "extreme" wind warnings issued around Los Angeles.

Firefighters face a highly unusual challenge -- fires sweeping north and south California simultaneously. The state typically moves firefighters around to focus resources where needed. This year, forces have been split in half.

October wildfires in arid southern California are common. But due to climate change, even northern regions have still not had rainfall, said Kolden.

"The wind is nothing new. But it will be incredibly dry when those winds come," she said.

Ironically, heavy rain back in the spring made the situation worse, said Thomas Wieczorek, head of the Center for Public Safety Management.

"It's good and bad news. While it did end the drought in some parts of the state, it accelerated new growth that has now dried out."

On top of that, Californians have faced power outages. These have likely prevented some fires, but have left residents without electricity or internet, and in the dark about the next inferno threat.

"There's this sense of being fairly helpless. And this is unprecedented in that way," added Kolden.

While winds are roaring, temperatures in California this week are not especially high.

And a lot of proactive work has been done to reduce ignition risk.

"Cal Fire hired additional firefighters in preparation for this year, and so far it's been lucky that fires have been caught somewhat early on, before they've had a chance to explode," said Wieczorek.

With memories of last year's fatalities fresh, members of the public could simply just be acting more cautiously.

And another aspect is hard to measure.

"One factor is of course just pure luck, in terms of where the ignition starts and how things go," said Kolden.

Even if 2019 ends up less destructive, omens for the future are not good. Several factors besides climate change put California at greater risk with each passing year.

Success preventing fires in recent decades has meant massive buildup of flammable vegetation. One major fear is that the Kincade Fire could leap over Highway 101 into a tinder-box region that hasn't burned since the 1940s.

And while power companies absorb much of the blame for recent fires, other human activity is far more culpable.

A recent study found equipment use -- for instance, weed-trimmers striking rocks -- was the main human cause of fire in California, followed by cigarette butts, campfires and arson.

The more people live in California, the more often these will occur.