‘Witness intimidation is its own article of impeachment’: Trump’s attack on Yovanovitch blows up in his face 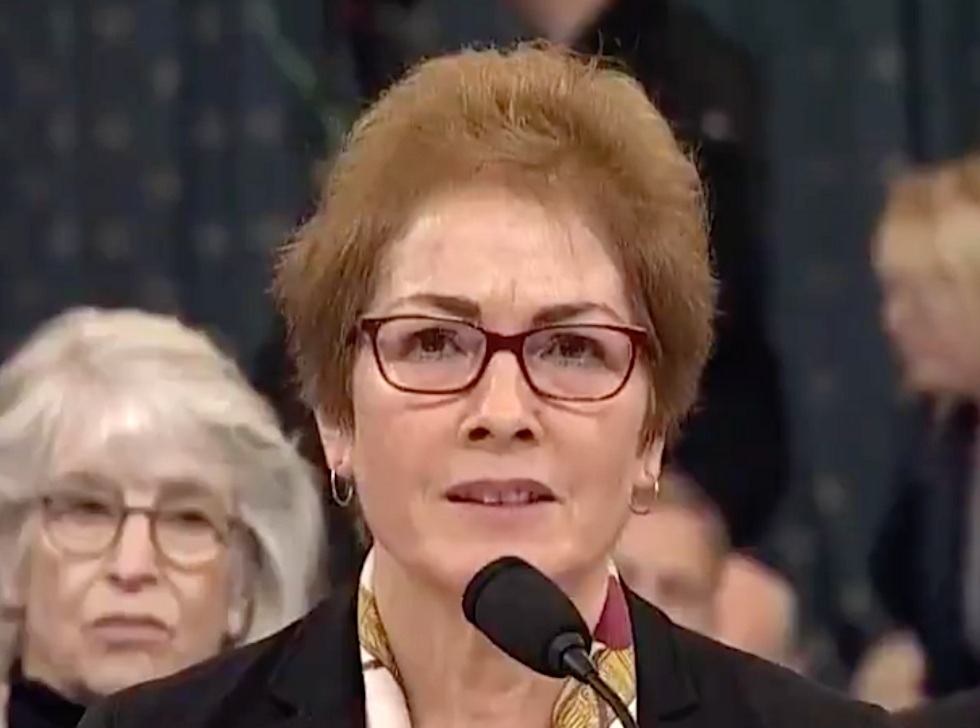 As Marie Yovanovitch testified during second public House impeachment hearing, President Trump took to Twitter and attacked her career as an American diplomat -- a move that rocked the political sphere, as many couldn't believe a president would dare to intimidate a witness in real time as she testifies.

"Everywhere Marie Yovanovitch went turned bad," Trump tweeted at the very moment Yavonovitch was answering questions from Chairman Adam Schiff. "She started off in Somalia, how did that go? Then fast forward to Ukraine, where the new Ukrainian President spoke unfavorably about her in my second phone call with him. It is a U.S. President’s absolute right to appoint ambassadors."

As Trump tweeted, Schiff took a moment to read the tweets to Yovanovitch, telling her that the House takes witness intimidation "very, very seriously."

There was no shortage of political observers and journalists who shared Schiff's sentiment:

Chris Wallace agrees: "This wasn't just testimony about the past. This played out in real time, with the president… https://t.co/355esYZSZK
— Brian Stelter (@Brian Stelter)1573832685.0

Witness intimidation: an article of impeachment in itself.
— Brent Staples (@Brent Staples)1573831776.0

Her dignity in responding to Trump speaks volumes. I wonder if this is riveting enough for the "theater critic" sch… https://t.co/H0GFRVFMf1
— Jennifer Rubin (@Jennifer Rubin)1573831718.0

How about an article of impeachment for witness intimidation?
— David Jolly (@David Jolly)1573832325.0

This is witness intimidation. From the President of the United States of America. In real time. For the world to s… https://t.co/e306uwIXBX
— Gavin Newsom (@Gavin Newsom)1573832875.0

Kind of on the nose for the president to send a tweet intimidating a witness DURING the section of the inquiry dedi… https://t.co/yO8GEjyo8W
— Mikel Jollett (@Mikel Jollett)1573832094.0

I have to admit that I did not have "witness intimidation in real time" on my Donald Trump Batshittery Bingo card
— Jeff Tiedrich (@Jeff Tiedrich)1573832210.0