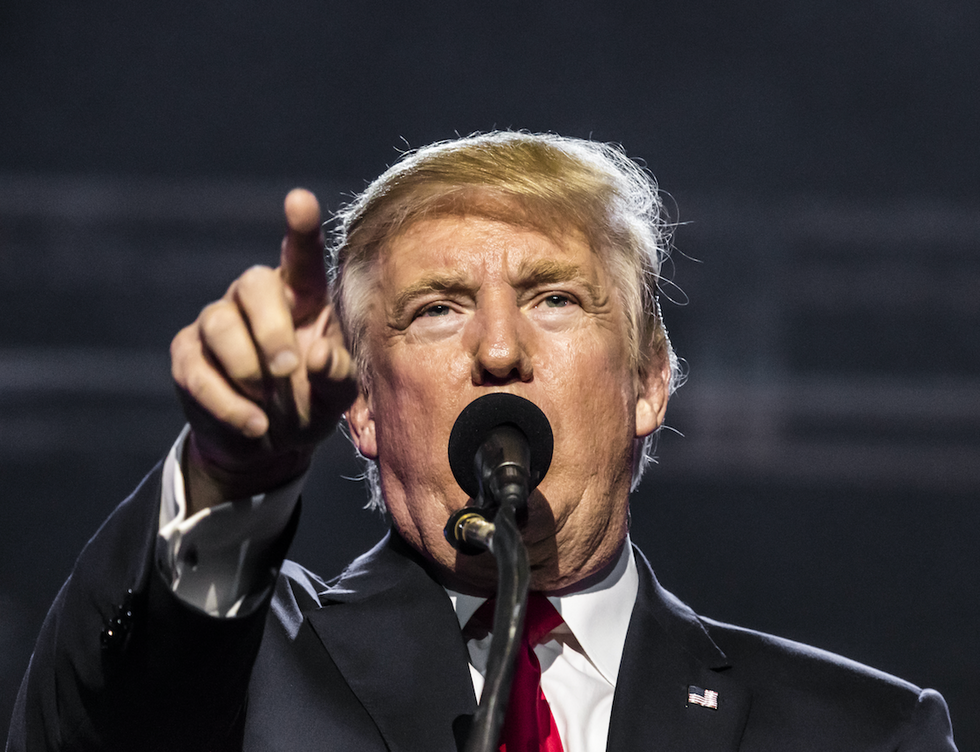 In a series of tweets this Monday morning, President Trump lashed out at "Our Crazy, Do Nothing" Speaker of the House, Nancy Pelosi, for allegedly suggesting that he "testify about the phony Impeachment Witch Hunt" -- a sentiment that Trump said that he might be open to.

"She also said I could do it in writing. Even though I did nothing wrong, and don’t like giving credibility to this No Due Process Hoax, I like the idea & will, in order to get Congress focused again, strongly consider it!" Trump tweeted.

Trump was referring to Pelosi's appearance on CBS's Face the Nation this Sunday, where she said Trump "could come right before the committee and talk, speak all the truth that he wants if he wants."

"He has every opportunity to present his case," she said adding that "what the president did was so much worse than even what Richard Nixon did, that at some point Richard Nixon cared about the country enough to recognize that this could not continue."

Trump floating the idea that he could testify sparked a variety of reactions in the comment thread beneath his tweet, including many people who relished the idea of the President giving his account of the scandals enveloping the White House while under oath.

@realDonaldTrump You have free speech, use it and testify. Hillary Clinton did.
— David Weissman (@David Weissman) 1574085200.0