A psychologist dissects Trump’s unusual narcissism: He is ‘stranger than any diagnostic category can convey’ 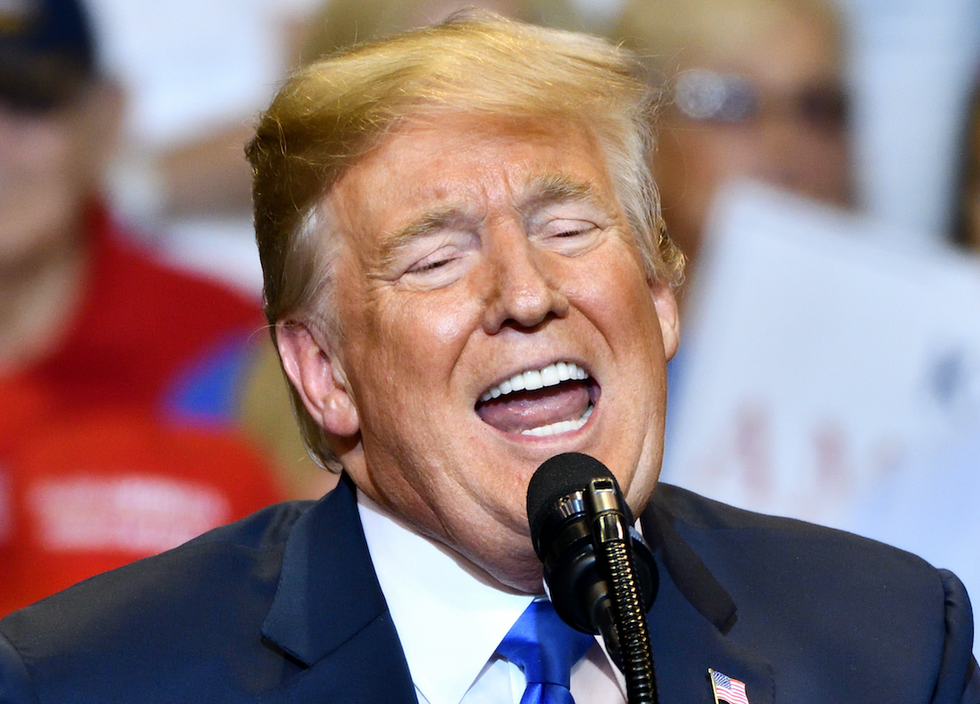 In an op-ed for The Atlantic this Monday, Northwestern University psychology professor Dan P. McAdams gave his insights into why President Trump's most loyal supporters are so unwavering in the face of his clear "narcissistic personality disorder."

Trump has seen "droves" leave his administration in response to his narcissistic governing style. According to a recent study cited by McAdams, the turnover rate in the current White House is higher than any other recent administration.

"In the long run, it is tough to work with, or to love, a narcissist," McAdams writes, adding that Trump's staffers "live at the whim of an impulsive, self-centered man whose fragile self-esteem soars and then threatens to plummet from one moment to the next. Their boss demands constant praise and unquestioning fealty. For most, the end result is frustration and disappointment."

But despite the constant upheaval within the White House, outside there is a "straight line" approval rating that doesn't seem to budge.

One reason for this is that Trump's most loyal followers live in a bubble where they rarely hear negative coverage of "their hero."

"Trump supporters and Trump detractors live in different worlds," McAdams continues. "They may not speak to one another about politics, knowing that such a conversation is likely to end badly. They get their news from different sources. They stay faithful to their respective political tribes."

So why is there such a difference when it comes to loyalty to Trump when comparing White House staffers to his supporters outside the White House? According to McAdams, it's because the millions of American voters who adore him "do not have to interact with him directly."

"If they want to get a little closer, they can attend a Trump rally. In the local sports arena or civic center, they can sit just a few hundred feet away from the president, cheering and chanting. They can express their love for the him in the presence of thousands of others who love him too. They can laugh at his jokes and partake of the anger and disgust he expresses toward his enemies. Excitement fills the arena. What outlandish thing will he do? What will he say to capture the headlines of the next day? A Trump rally is a safe space for Trump supporters. They can sit back and enjoy the performance, because whatever he says cannot directly threaten them. He will be gone tomorrow."

When it comes to McAdam's psychological evaluation of Trump, he's "stranger than any diagnostic category can convey."