After getting scorched by Pelosi, Sinclair reporter James Rosen suggests she's lying about her religion 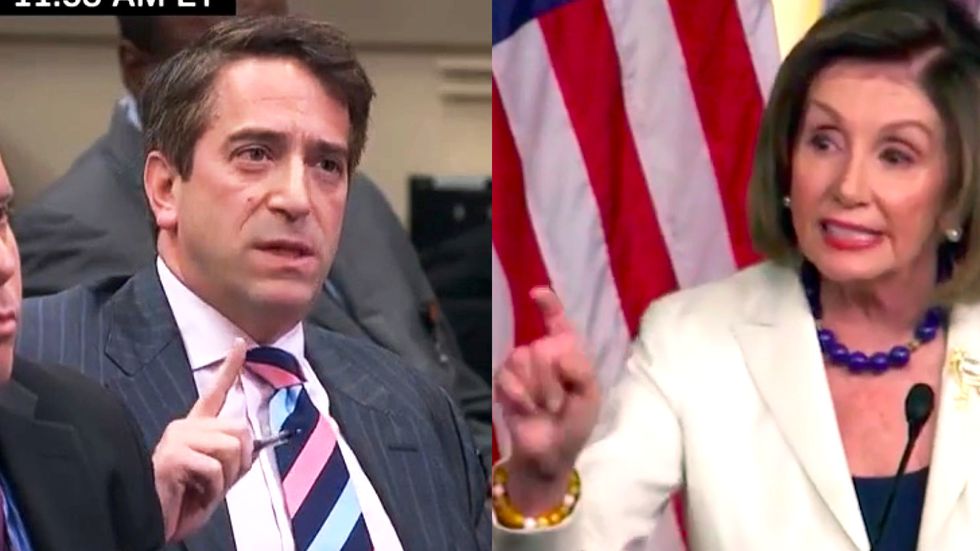 James Rosen of Sinclair Broadcasting suggested on Thursday that House Speaker Nancy Pelosi (D-CA) was lying when she said she does not hate people because her Catholic faith teaches her not to.

Rosen caught the Speaker's wrath at her weekly press conference, when he shouted a question about her "hating" President Donald Trump.

Pelosi responded by coming back to the podium and dressing down Rosen. She noted that Catholics are taught not to hate.

"I gather you were watching just now when the Speaker, in rather effusive terms, denied that there is any personal animus on her part that is motivating the impeachment drive," Rosen told McCarthy. "You probably also heard her invoke her Catholicism."

"Do you take the Speaker at her word?" he continued. "Do you believe her? Do you believe she's telling the truth when she says she does not hate the president and that's not what this is about?"

"I'll take the Speaker at her word," McCarthy replied. "But if she paused for a moment, she would not have made that determination."

"So, you don't accept what she said yesterday?" Rosen pressed.

"I think I have a hard time believing her," McCarthy answered.