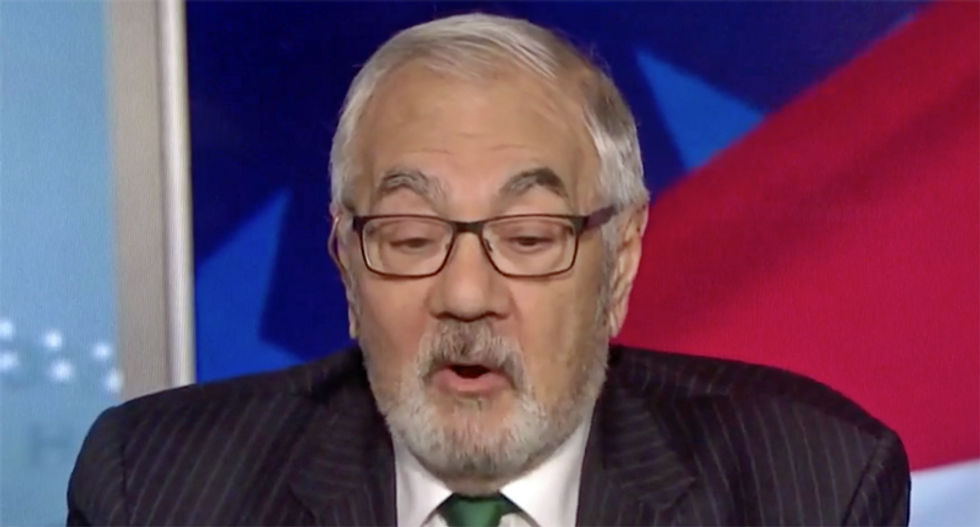 Former Rep. Barney Frank suggested a slogan that Democrats could use to end the reign of Senate Majority Leader Mitch McConnell (R-KY).

Frank suggested the slogan during a Friday appearance on MSNBC.

"The Republican electorate -- and what happens is the dynamic as the Republicans get harder and harder in this far-right Trump fealty, some people leave the Republican Party, so that means the remainder are this hardcore," Frank replied.

"Mitch McConnell is going to pay a price," he said. "And frankly, I think the way this is going to play out the Republican senators are now making the toughest choice a politician can make, between the primary and the final -- between making sure you can get renominated and the winning in November."

"And I think you have a number of Republican senators -- you mentioned many of them -- who are very much in that bind, and I will tell you I have a slogan that I am suggesting to the Democratic candidates for the Senate all over the country, 'You don't have to live in Kentucky to vote against Mitch McConnell.' He doesn't get to be majority leader unless Cory Gardener (R-CO) and Susan Collins (R-ME) and Joni Ernst (R-IA) and all those are re-elected and that's where I think things are going to play out politically," Franks said.