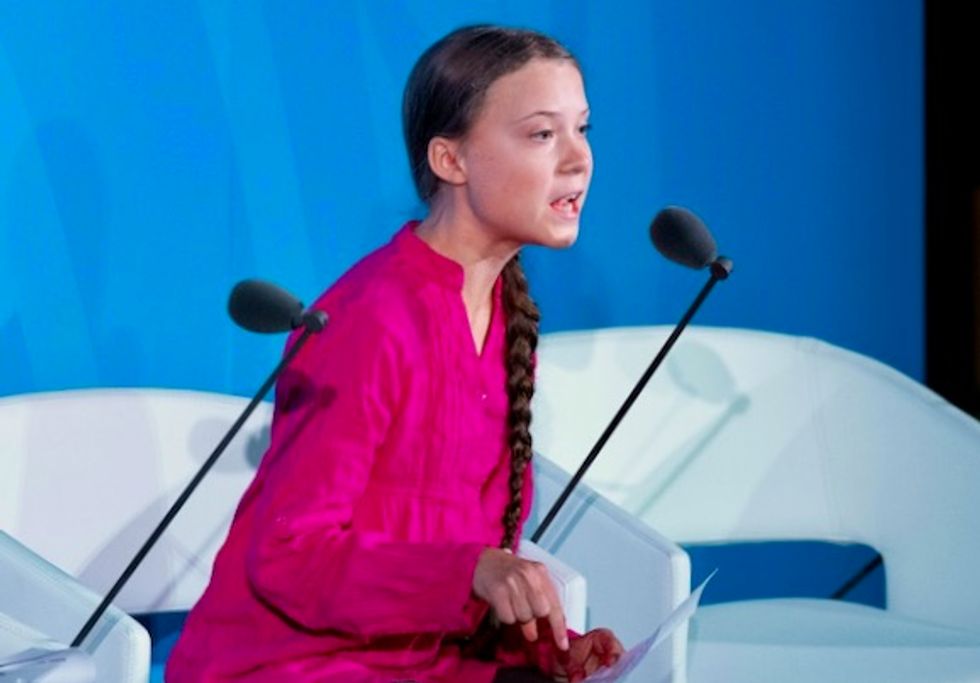 The Guajajara tribal members were shot dead in the northeastern state of Maranhao on Saturday, taking to three the number of indigenous people killed in the area in recent weeks.

Thunberg, 16, tweeted Sunday it was "shameful" that the world remained silent as indigenous people were murdered for trying to stop illegal deforestation.

Police are investigating the killings.

Far-right Bolsonaro dismissed Thunberg as a "brat" in remarks to reporters as he left his official residence in Brasilia.

He said "any death is worrying" and that his government opposed illegal deforestation.

Bolsonaro, who took power in January, is a proponent of developing agricultural and mining activities in the Amazon.

Brazil released revised statistics last month showing tree clearing in the rainforest surpassed 3,860 square miles in the year to July 2019, the highest in more than a decade.