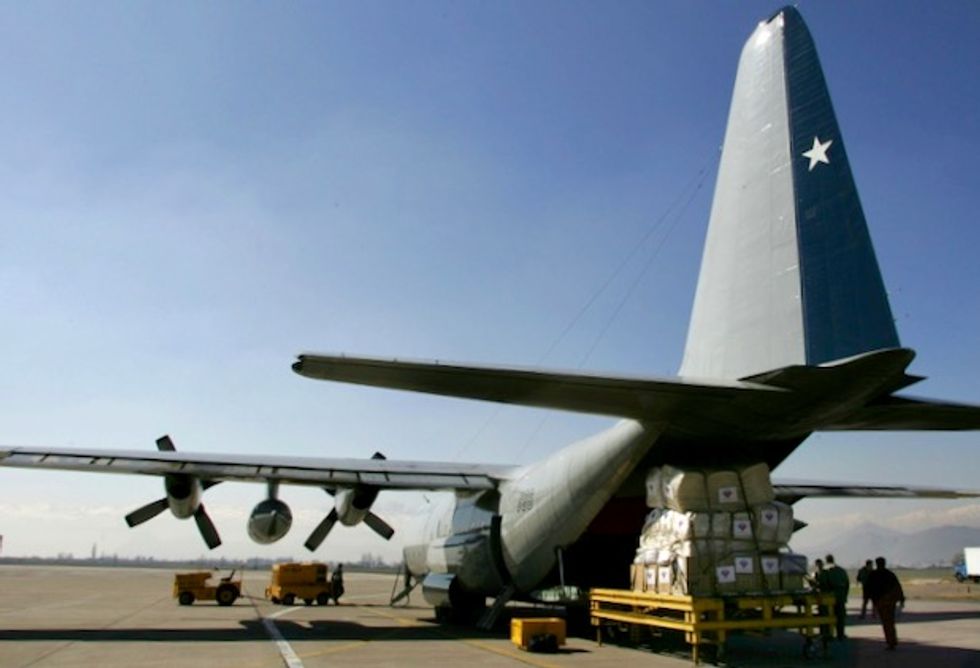 A Chilean military plane with 38 people aboard has gone missing after it took off from the country's south for a base in Antarctica and is presumed to have crashed, authorities have said.

Seventeen of those on board the C-130 aircraft were crew and the others were passengers, Chile's air force said Monday.

The plane is believed to have crashed and "all national and international air and maritime means available in the area are continuing the search (for survivors) in the sector where communications were lost with the aircraft," it added in a statement Tuesday.

The four-engine aircraft took off Monday at 4:55 pm (19:55 GMT) from an airbase in the southern city of Punta Arenas and contact was lost at 6:13 pm.

The air force said conditions for flying were good and that it was in contact with the families of those on board, many of whom were traveling to carry out logistical support tasks at the country's largest Antarctic base Eduardo Frei.

Personnel were also being transferred to inspect the base's floating fuel supply pipeline and undertake anticorrosive treatment of the facility.

The air force also said that of the passengers on board, 15 were from its ranks, three were from the army, there were two people from a private construction company, and a Chile university official.

The plane did have an emergency positioning system, but it did not appear to be working during the early morning search, said Eduardo Mosqueira, Commander of the Fourth Air Brigade.

President Sebastian Pinera, whose country is witnessing its worst civil unrest in decades, tweeted he would fly to Punta Arenas with Interior Minister Gonzalo Blumel.

Once there, they would meet up with Defense Minister Alberto Espina to monitor the search and rescue mission, which was underway using aircraft and navy vessels.

The plane went missing in Drake Passage -- a key maritime route between South America and Antarctica frequently hit by some of the world's worst weather. However, conditions were fine for flying on Monday, Chile's air force said.

The plane's disappearance is the latest incident in a country where Chileans have for nearly two months protested social and economic inequality, as well as an entrenched political elite.

The nearly two-month crisis and its violent demonstrations have led to 26 deaths and more than 12,000 injuries, according to the Organization of American States.