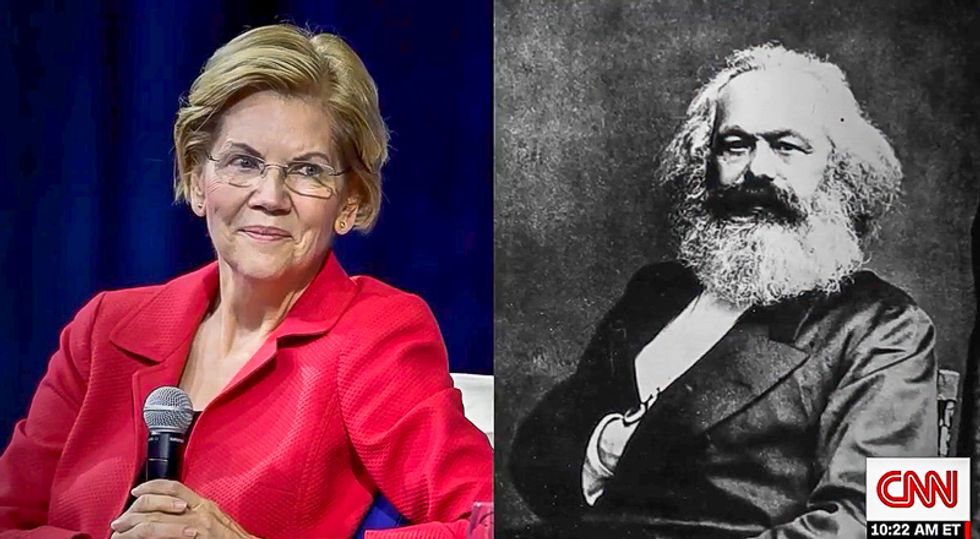 CNN on Sunday aired a photo of Elizabeth Warren beside a photo of Karl Marx. But host Fareed Zakaria later pointed out that Warren "is not really a socialist."

During Zakaria's Sunday CNN program, he teased an upcoming segment about Warren's wealth tax by showing a photo of her next to a photo of Karl Marx, the communist founder of Marxism.

A few complaints surfaced online, but Zakaria quickly pointed out that the comparison was absurd.

Before ending the segment, the CNN host asked billionaire David Rubenstein if he would object to Warren's proposed tax on the richest Americans.

Rubenstein did not object: "Whatever the laws are, I'm going to comply with."

Following a commercial break, Zakaria explained that Warren is, in fact, "not a socialist."

"Little has terrified the titans of Wall Street more in recent years than the prospect of an Elizabeth Warren presidency," he said. "They say she vilifies the rich and they know she plans to levy taxes on their wealth."

"For all the fears about her - and some are legitimate -- Warren is not really a socialist, not in the sense the word is usually used," he added.