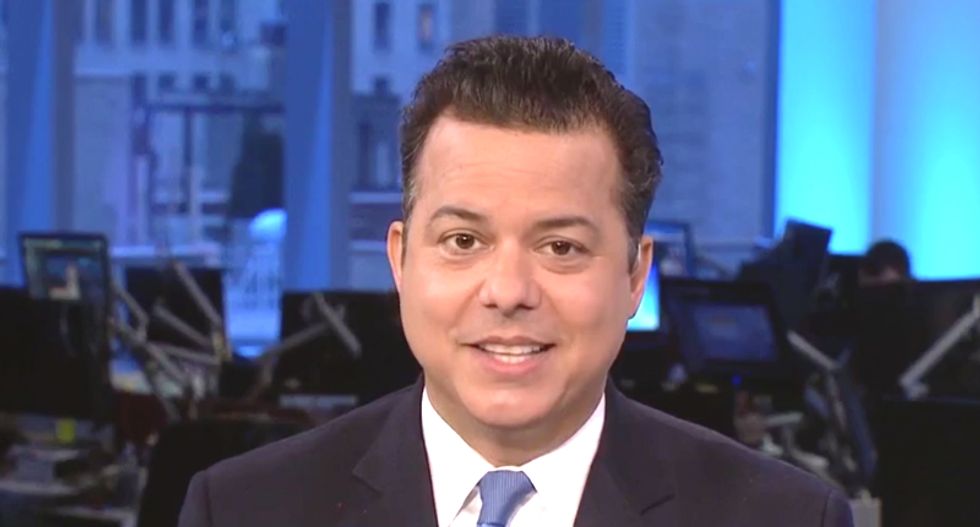 On Wednesday, CNN fact-checker John Avlon laid into Attorney General William Barr's agenda, breaking down his history as a hardcore partisan who adopts whatever beliefs are necessary to silence the left.

"Ten months into his tenure it's clear Bill Barr is one of the most radical and partisan attorney generals in American history," said Avlon. "In statement after statement, Barr seems to show he believes the attorney general should function as the president's personal lawyer. He cut a critical sentence and a half, hiding the first part that said Russia worked to secure a Trump presidency and the campaign expected it would benefit from their interference. On Monday, after Barr's own inspector general concluded there was no spying on the Trump campaign, Barr slammed the report on the president's behalf."

"Clearly spied upon," said Barr in the interview clip. "That's what electronic surveillance is."

"Which led a cadre of conservative lawyers to say that he had grossly mischaracterized and subverted the IG report," said Avlon. "But Barr went further, telling NBC's Pete Williams the Obama administration was the real villain here, even more than the Russians."

"The greatest danger to our free system is that the incumbent government used the apparatus of the state both to spy on political opponents, but also to use them in a way that could affect the outcome of the election," said Barr in the interview. "As far as I'm aware, this is the first time in history this has been done to a presidential campaign."

"But this is much more than simply doing the boss' bidding," said Avlon. "A recent speech to the Federalist Society showed Barr to be more Trump's lawyer than a people's lawyer."

"Waging a scorched-earth, no-holds-barred war of resistance against this administration, it is the left that is engaged in the systematic shredding of norms and undermining the rule of law," said Barr in the speech.

"Deflect and project," said Avlon. "Now, given Barr's belief in a unitary chief executive, you'd expect his position would be consistent, right? Not so much. In 1994, on CNN's 'Crossfire,' Barr argued that Bill Clinton needed to be held accountable by any means necessary."

"These cases are difficult," said Barr in the segment. "One has to blow through some road blocks, maybe challenge privileges, maybe ask the president to come before a grand jury."

"During the Clinton impeachment, Barr blasted the idea that the president could cite attorney-client privilege to block his White House counsel from testifying, and then turned around to approve that same move for President Trump," said Avlon. "Morals, principles and ethics are either provided consistently or they're counterfeit."